Trip to the Parkland Region of Manitoba

I have a very exciting trip proposal for you to consider. The trip is to the Parkland Region of Manitoba. The tour is an educational trip organized by the Central Alberta Fly Tyers with Phil Rowley as host.

As many of you already know, Phil has extensive knowledge of the trophy fisheries in this area of Manitoba. Phil and I have put together the itinerary below. You will see that the trip includes a seminar in Red Deer before the trip. Participants will have the chance to sample three trophy lakes. There will be seminars at the lodge in Manitoba and you will have the chance to fish with Phil in his boat. This will give you an opportunity to see and practice several techniques that will definitely benefit your stillwater fishing.

We will be staying at the Arrow Lake Lodge Ranch. We would take over the main cabin that sleeps 10 or 11. We would cook our own food and have a place to tie flies and debrief each day.

The cost of the trip will be $400. This will include the host fee for Phil and your accommodation and food. We will car pool. You are responsible for your own transportation costs. Phil and I already have 3 boats . Pontoon boats are acceptable for the course.

The trip will be limited to 10 individuals so each participant has direct contact with Phil each day over the course of the 4 days.

If you want to be a participant, contact me asap. 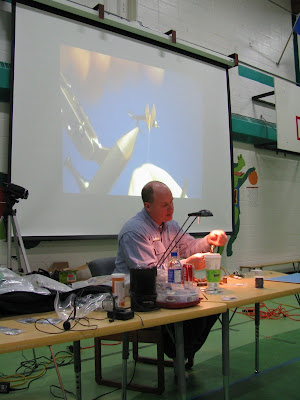 Posted by Central Alberta Fly Tying at 2:14 PM No comments: 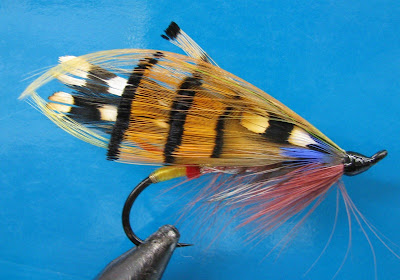 Hi Everybody!
Evan Ritchie was our guest tyer tonight. Evan taught 16 tyers two unique patterns. Both patterns have had explosive results. Evan's friend Sylvan Gagnon came up with the streamer we tied tonight. It was a pattern that Sylvan designed for the Bow River and the Crownest River. The streamer's main material is polar bear. Polar bear has a neat translucent effect when it is wet. It's a great imitation of a Rocky Mountain White Fish. Our second fly is a pattern designed by Evan. The first time Evan fished this pattern an explosive take scared Evan, hence the fly is aptly called The Heart Attack. The Heart Attack has three unique features. The body is seal, one part brown blended with two parts orange. Evan says that artificial seal is not as good. The wing is tan macrame and the hackle is oversized brown and grizzly saddle that is trimmed. The Heart Attack looks like a deadly October Caddis pattern.
It was another -30C night. Thanks Evan for the great stories and instruction.
Evan also showed us an Atlantic salmon pattern that Sylvan tied in about twenty minutes from memory and an interesting stonefly pattern that includes weaving.
Just a couple of reminders:
1. The Rowley Workshop is starting to fill up. There are 10 spots left. Let me know if you would like to spend Saturday January 30th with Phil.
2. I am in the process of pulling together a trip to the Parkland Region of Manitoba during the first week in June. This would be a 4 day trip that would be hosted by Phil Rowley. This would be a great opportunity to learn about the trophy lakes in this region. This is an instructional trip. Phil will be teaching us techniques that will certainly improve our stillwater success. This trip will also include a preperatory session here in Red Deer before the trip. The exact details of the trip will be posted here in the next 10 days.
3. Have a Merry Christmas everybody! 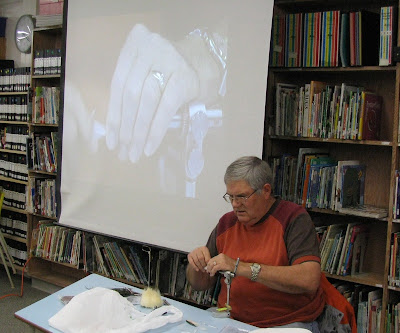 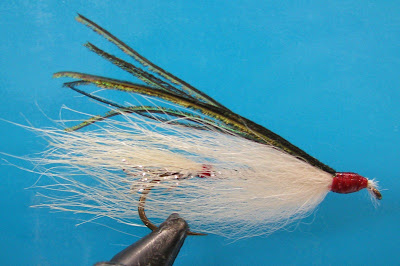 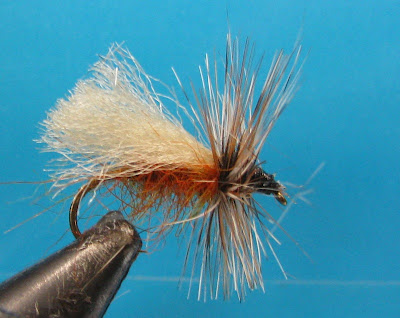 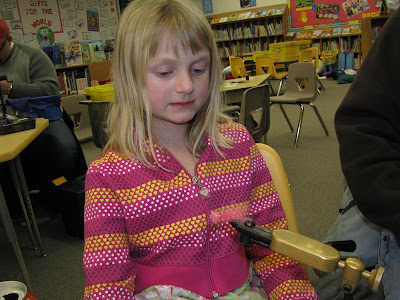 Breanne tying her secret salmon fly. It works too.

Posted by Central Alberta Fly Tying at 9:20 PM No comments:

Jack Gartside Has Passed Away 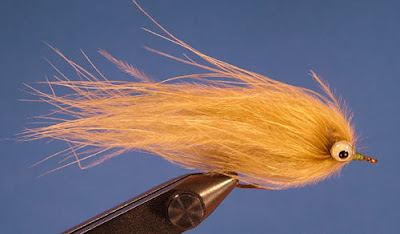 Jack was an avid flyfisher and a very creative fly tyer. You can find Gartside Leeches in my fly box at all times. Maroon and black gartside leeches and pink and white gartside leeches are fabulous here in Alberta.

Posted by Central Alberta Fly Tying at 9:34 AM No comments:

Twenty two fly fishers braved frigid -27C weather to kick off another year of fly tying. Dr. Bill Young was our presenter. Bill shared two reliable patterns, one of which we do not think to use often enough. Bill's foam beetle has been a very reliable pattern on the eastern slopes rivers in Alberta. Bill showed us how to tie a klinkhammer fly as well. The klinkhammer is an emerger style of tying. Tonight we focused on a green drake emerger. You can use a variety of hook sizes and dubbing colors to imitate several different type of emerging mayflies. Thanks, Bill, for presenting. Your tying instructions are easy to follow. I have to agree with what A.K. Best noted in his books. It takes about 50 repetitions of a specific pattern before you get a good sense of how to acurrately tie a fly. My proportions were off a bit tonight. Time to get tying.
Next week Evan Ritchie is our guest tyer. We will see everybody next week!
Let me know if you would like to take Phil Rowley's all day tying course on Saturday January 30th. I am sure the course will quickly fill up. 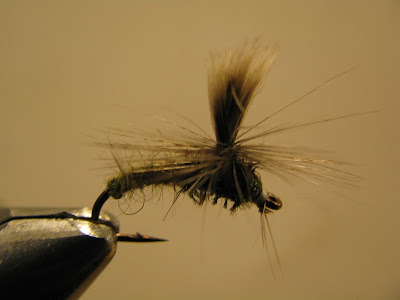 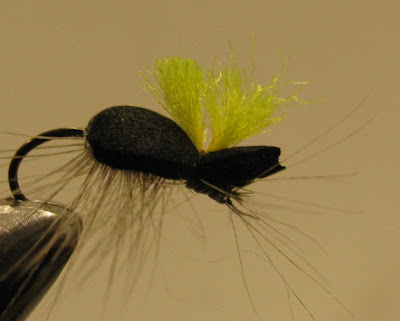 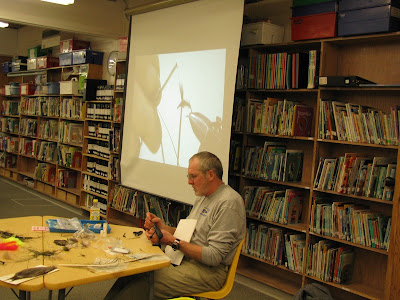 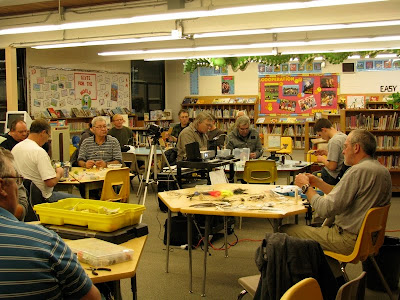 The gang concentrating on their tying. 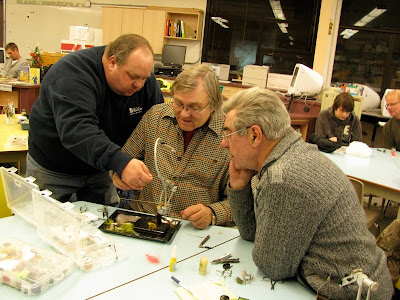 Posted by Central Alberta Fly Tying at 9:19 PM No comments: 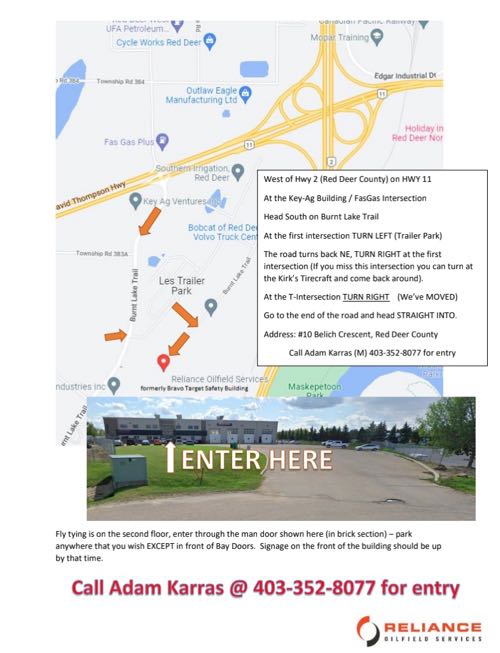