Tonight we tried something completely different. The theme was Christmas flies and the goal was to mount our creations in a clear ornament for our tree at home. Well the creative juices flowed and everybody had a great time designing their Christmas flies. The 20 fly tyers were only limited by the material we had on hand. I enjoyed seeing fly tyers of all ages having a great time. If you held your jaw just right, you could mount your creation in a bulb that could be proudly displayed on your tree at home.

I will have details about the Phil Rowley Workshop out shortly. The workshop is March 9th and the theme is dubbing loops.

Karen and I would like to thank all of you who helped with a donation to help fill a Christmas hamper for a needy family.

Our next fly tying session is Monday January 7th, 2013. Have a fantastic Christmas holiday. 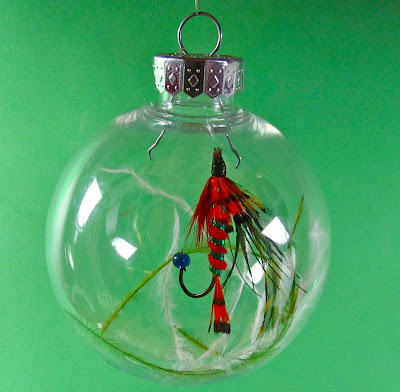 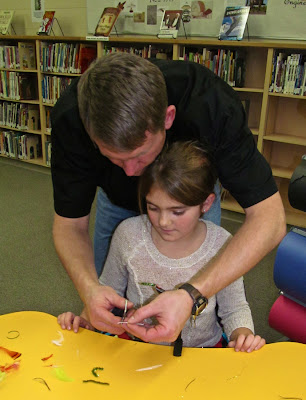 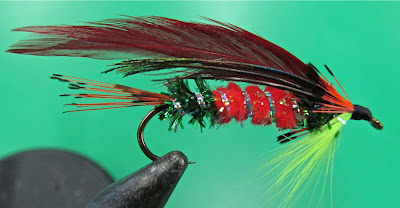 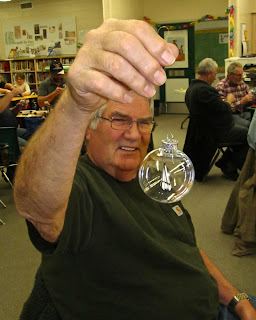 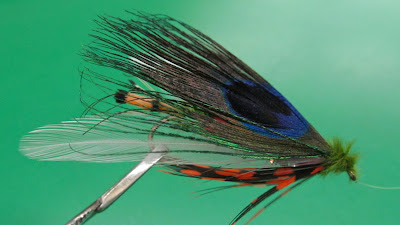 Doug wants to fish this creation on his next steelhead trip. 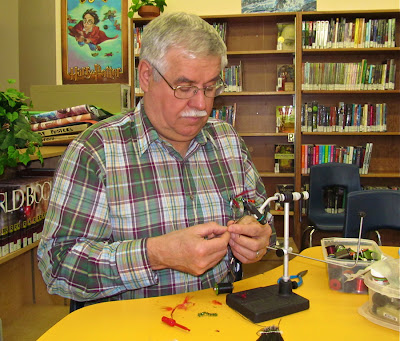 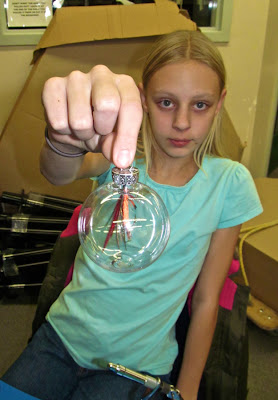 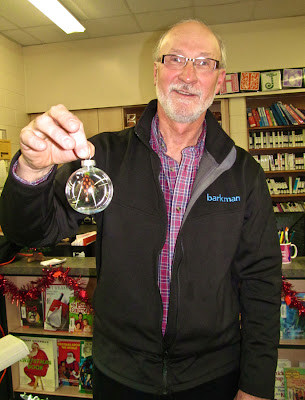 Posted by Central Alberta Fly Tying at 10:10 PM No comments:

Seventeen fly tyers came out tonight to take in Dr. Bill Young's presentation on techniques he uses to tie salmon flies. Bill and his son Will spent some time this past summer in Alaska chasing King Salmon with a spey rod. The guys came up with two patterns that worked very well. Of course these two patterns can easily be applied to fishing for other species like bull trout and steelhead. The neat thing about the flies we tied tonight is the endless colour combinations you could use.  The one fly pattern we tied was a tube fly. The materials we used reminded me of the television show MacGyver. Bill used paper clips for the tube needle and a standard plastic q-tip for the tube. I was impressed.

Next week is our final session before Christmas. We will be tying some Charlie Craven patterns! 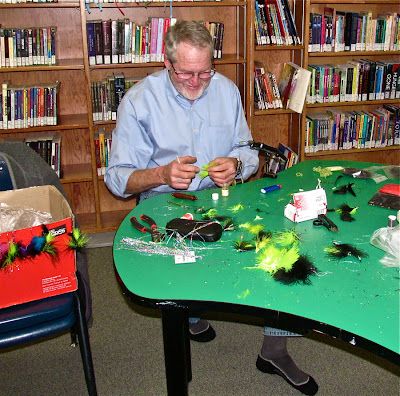 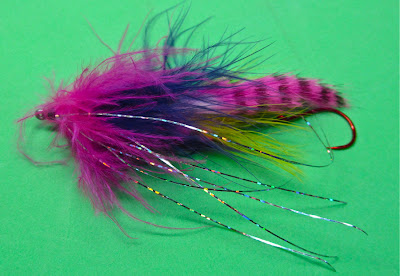 Salmon Streamer with a Stinger 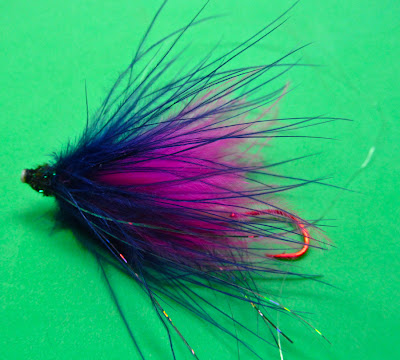 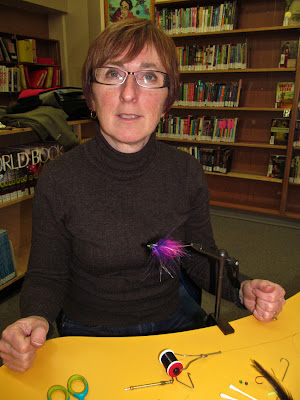 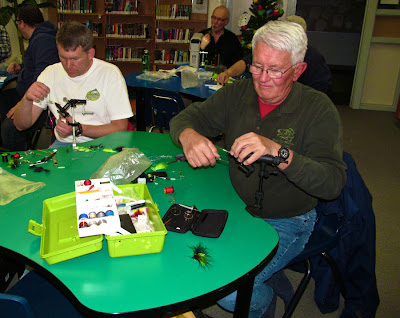 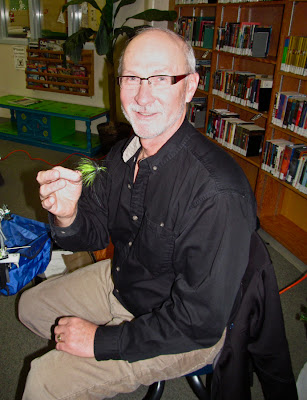 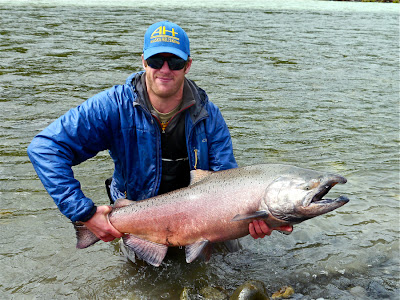 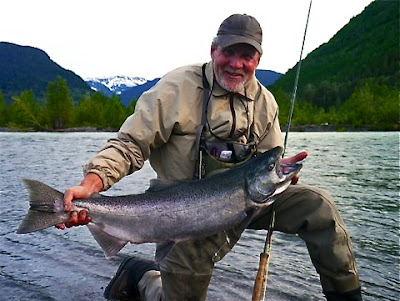 Posted by Central Alberta Fly Tying at 10:15 PM No comments:

Twenty seven fly tyers came out tonight to tie parachute flies and to tie a signature fly of the late Bob Quigley. Bob Quigley developed a cripple fly pattern that was a staple of so many fly boxes. Many a fly fisher (including me) has been caught fishing dry flies on the surface when an emerger would have been the answer to their fustrations. Tonight we tied a Quigley's Cripple that is imitates an emerging green drake. The rest of the evening, we focused on tying parachute flies. We started off with a parachute adams and then we tackled a PMX, ...a Parachute Madam X.

Monday evenings are lots of fun. We certainly have a great time and we learn lots of fly tying techniques from each other.

Next week Dr. Bill Young is our presenter. I wonder what Bill has up his sleeve? 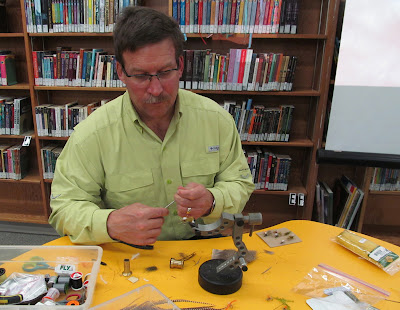 It was Bob's turn at the front of the class. 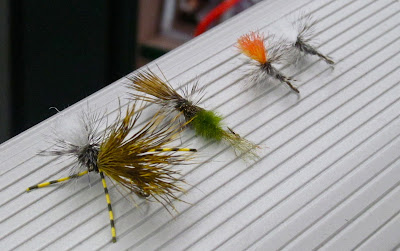 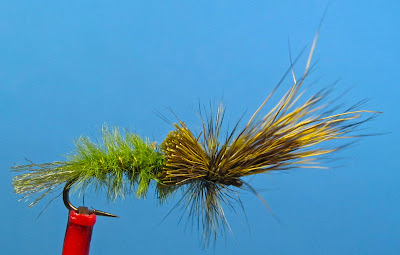 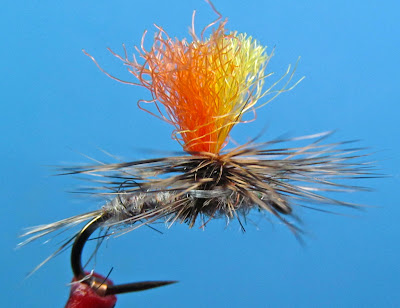 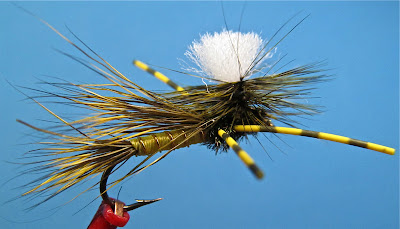 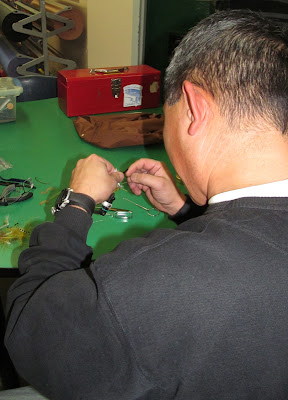 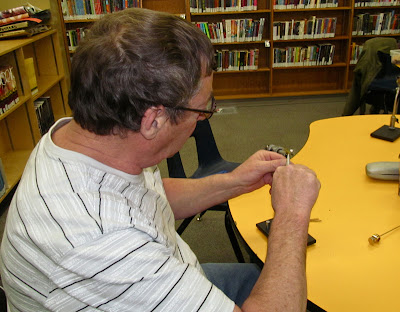 Posted by Central Alberta Fly Tying at 9:56 PM No comments: 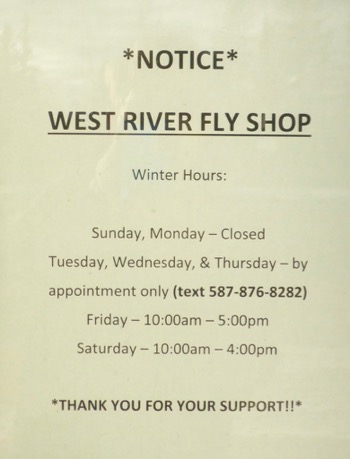