Twenty five fly tyers filled the library tonight to take in Rick Miyauchi's presentation.  Rick taught the gang two foam patterns that will certainly be added to their fly boxes. The Pink Pookie, originated with Dean Reiner from Hatch Finders Fly Shop in Livingston, Montana. The fly was affectionately named after his dog, Pookie! The second pattern we tied was called Cathy's Super Beetle. Cathy Beck was the originator of the pattern. We also tied a modified version that Charles Jardine developed.

You can learn a lot from watching Rick tie flies. He is a precise tyer who has a great sense of proportion as he ties. Thanks for the great patterns Rick!

I love the banter that occurs within the group. Lots of laughter, stories and helping each other is just what our group is all about. Steve brought in turkey feathers and shared them after a successful hunt in Kansas. Morris brought antistatic bag strips for all so we can tie some great chironomids and Willy passed out sharpened shell casing that can be used to punch out beetle bodies.

Yes the IF4 Film festival is a go. It is Thursday February 13th at Carnival Theatre starting at 7 pm. The doors open at 6:30. Come early and visit with Josh Nugent, guide and one of the hosts of Fly Nation television show. You can get your tickets on line RIGHT HERE. Looks like a great show!

Fly Tying Mondays is the fastest two hours in the west and loads of fun!

Next week Les Kolibaba is our guest presenter. See you then! 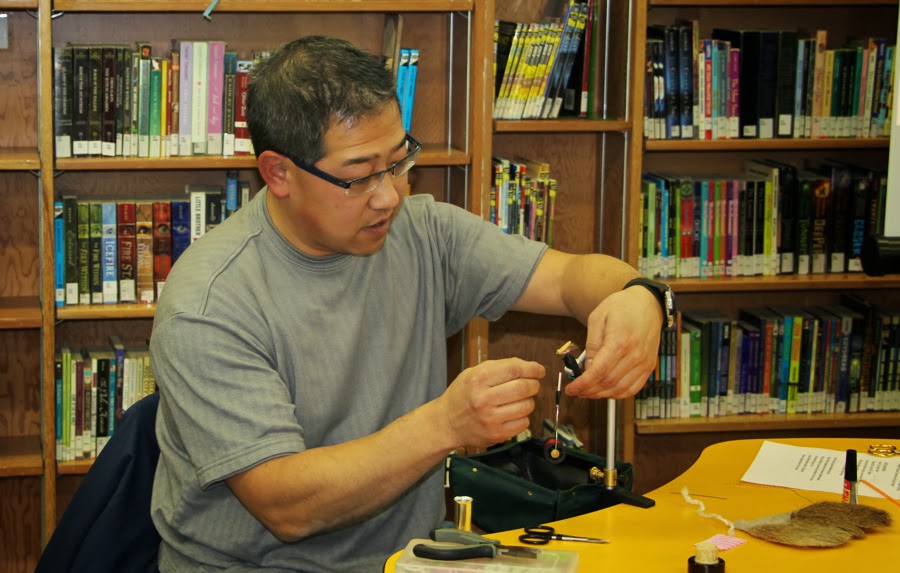 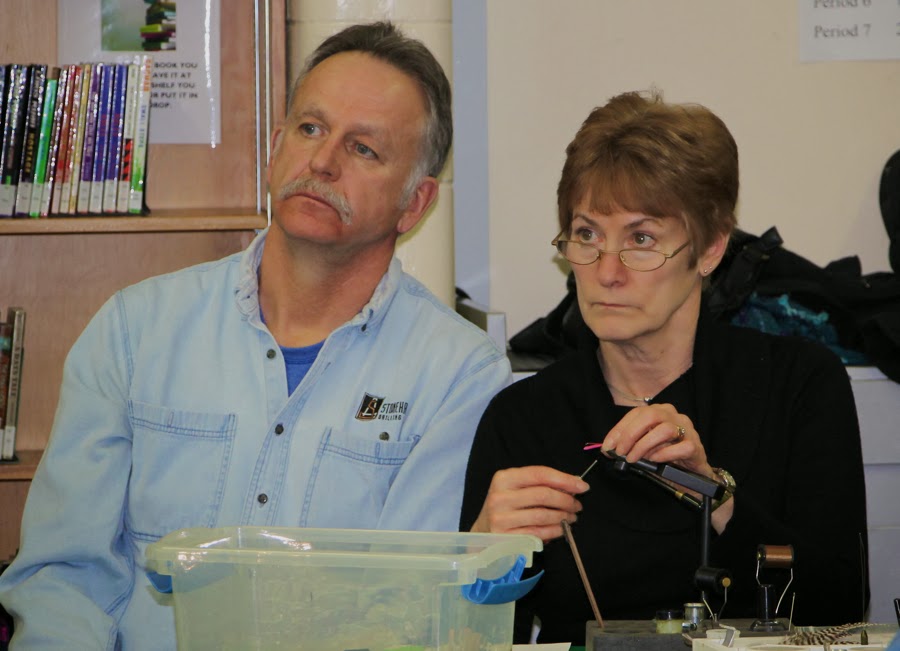 Thanks for the sharpened shell casings Willy! They are great beetle punches! 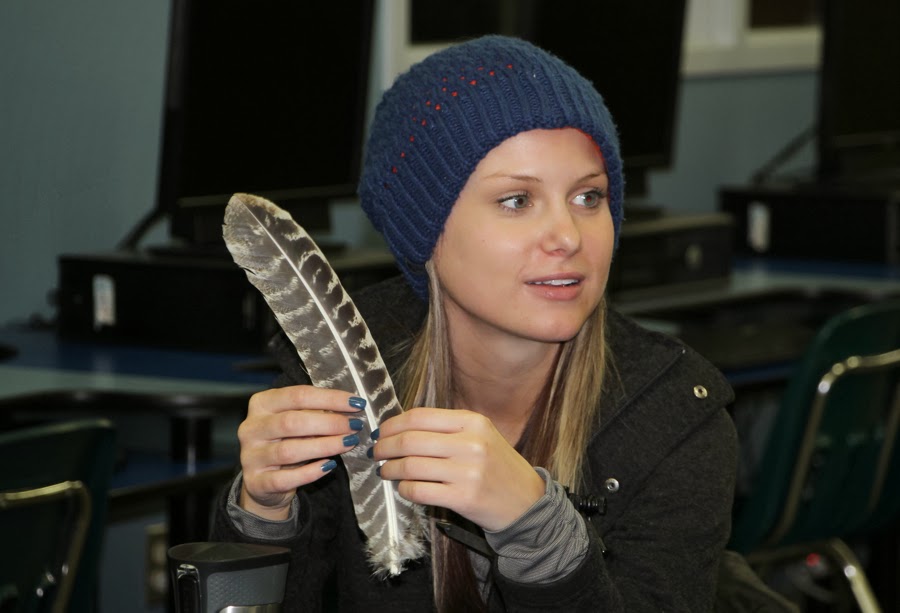 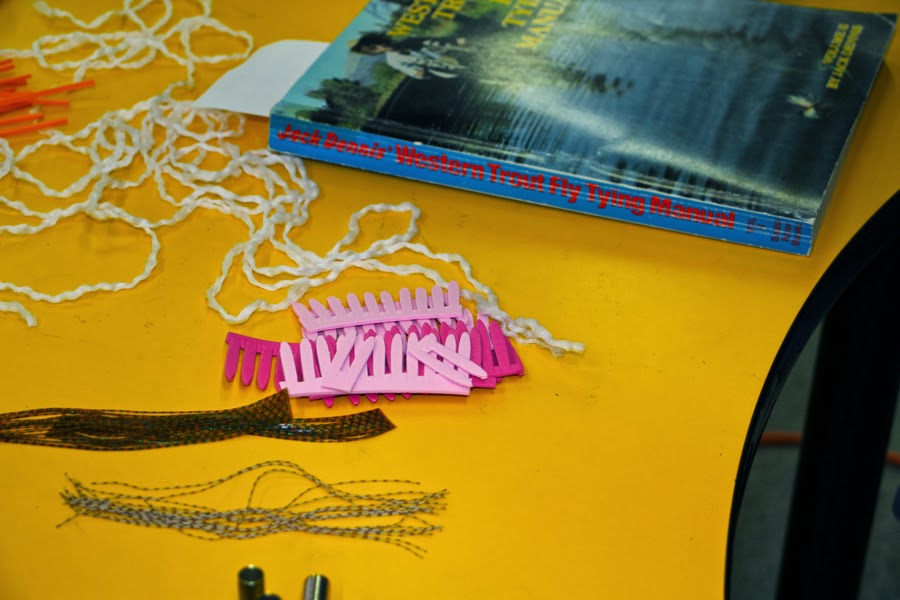 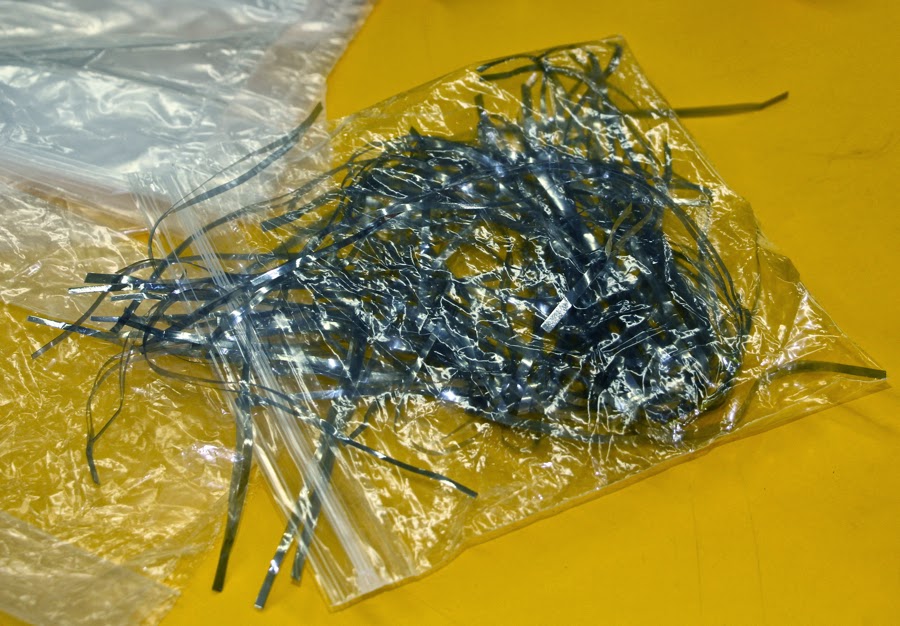 Thanks for the antistatic bag strips Morris! 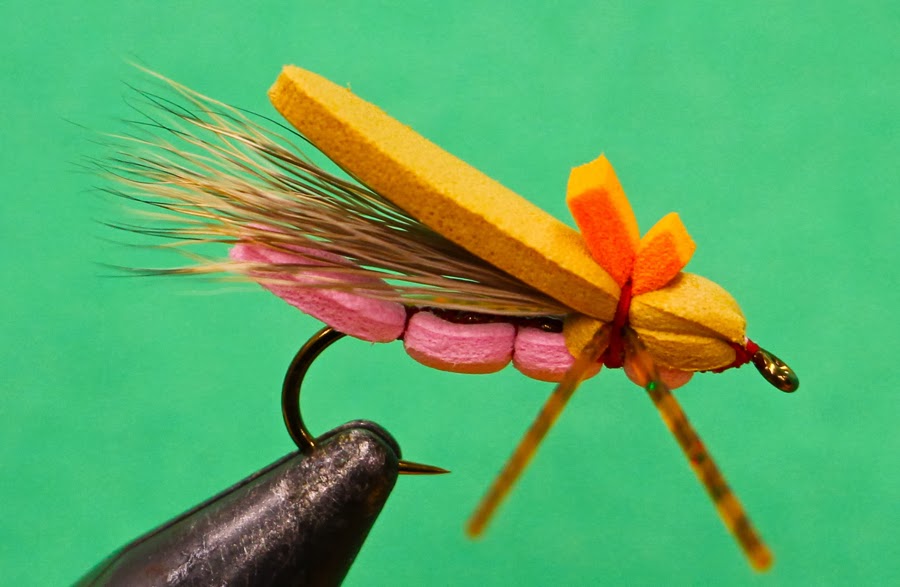 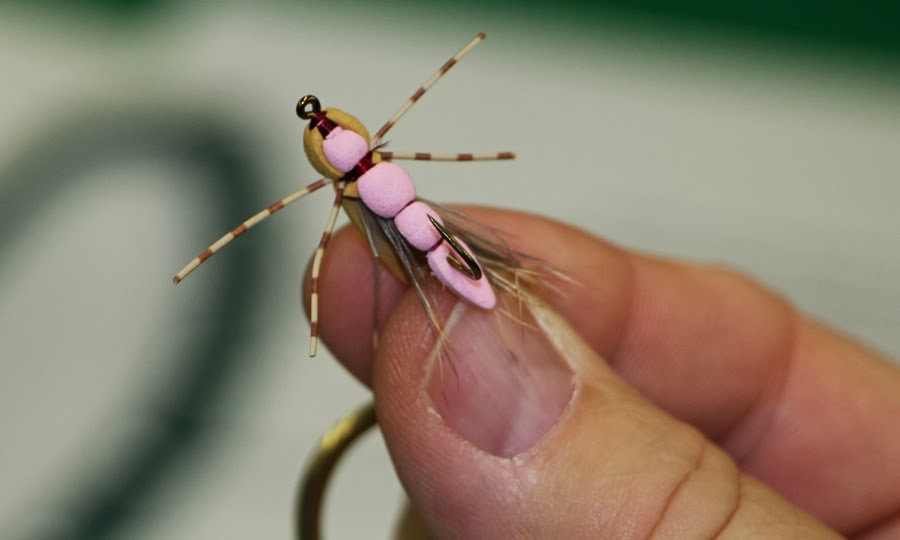 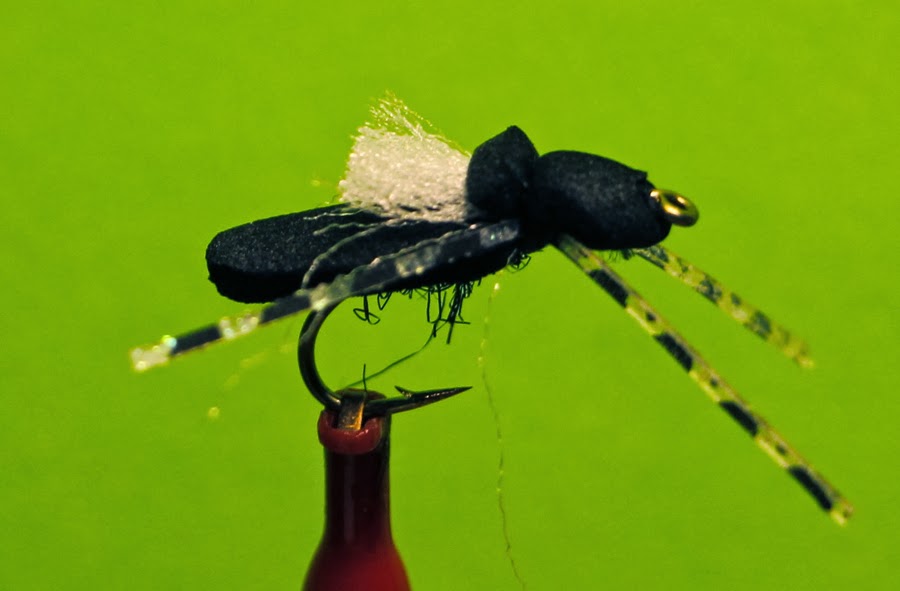 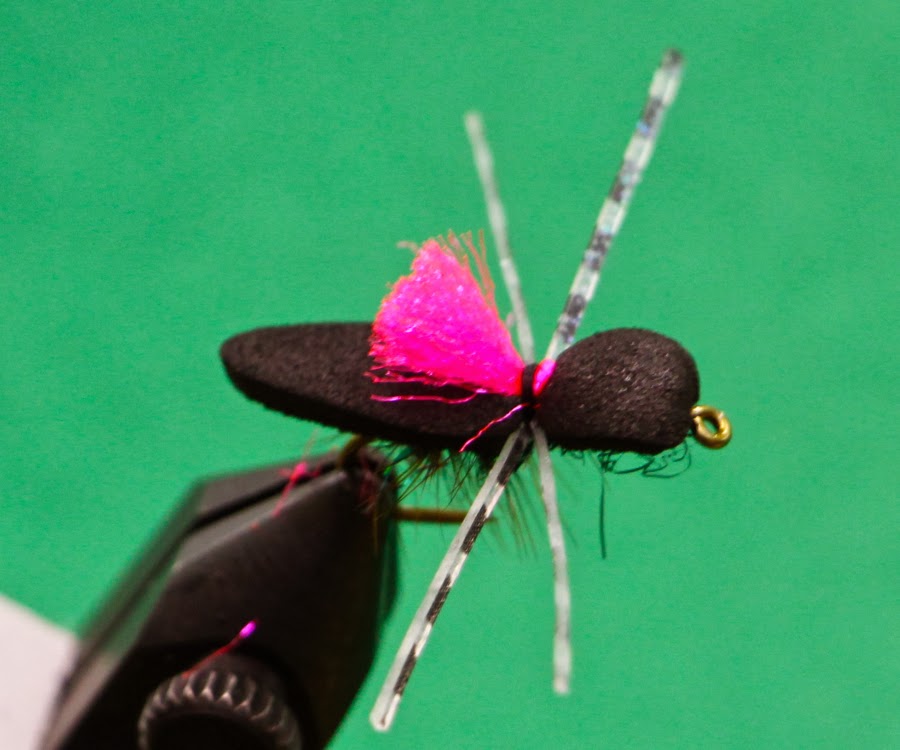 Posted by Bob Vanderwater at 10:28 PM