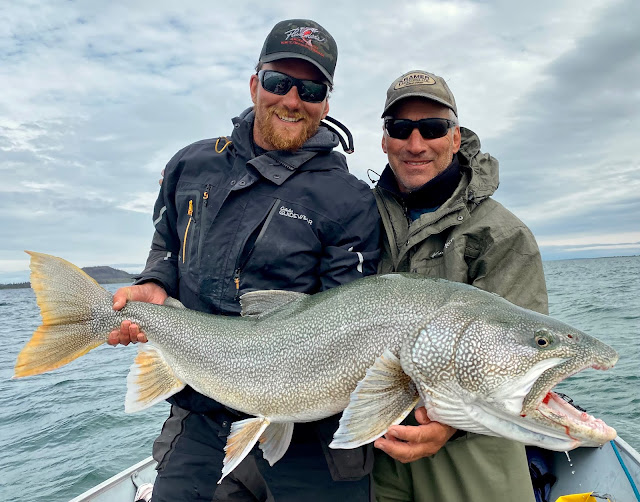 Reid Stoyberg has been guiding at Great Bear Lake for 7 years for Plummer's Arctic Lodge. He is a top notch guide. This year, Plummer's Arctic Lodge was able to have a limited Canadian guests only season. Reid saved the last week of his guiding for several members of his family, including his dad, cousins and uncle. During the first few days of their week, the fishing was slow but on day 4, Reid's dad hooked and landed a 41 pounder and on the last day in the last hour, Reid's Uncle landed that magical 50 plus lake trout. Reid told me that the number of 30 plus pound and 40 plus pound fish that their group caught was mind boggling! Reid motored almost 28 miles to the mouth of Bloody River on the last day and that is where the magical moment happened. How about that for excitement for Reid and his family! Wow, double wow is all I can say! Way to go guys! I bet the smiles on the guys' faces will be there for a long time. 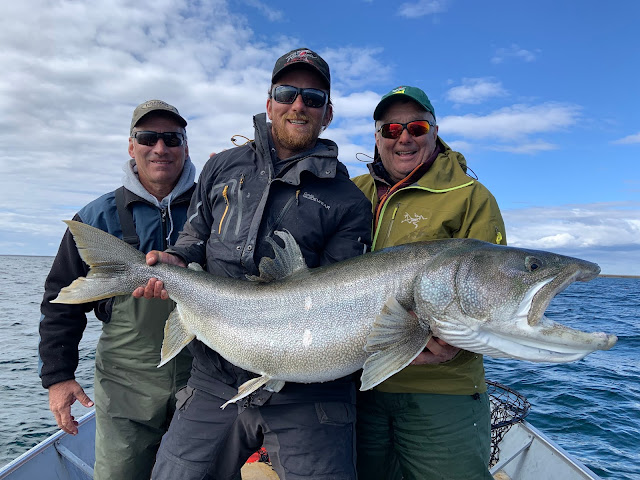 Posted by Bob Vanderwater at 9:36 PM