Bruce Tilbrook sent me a neat set of images from a recent trip he took to the historic Catskills to fly fish. This is an area deeply rooted in history. Fly fishing in the Beaverkill River started in the late 19th Century! I can tell Bruce was enjoying not only the historical significance of the area but the neat characters he meet on his journey.

Bruce had been asked last January by a friend from Ottawa to join him with 3 of his Irish friends to fly fish the Delaware this spring. It was annual event for them for a number of years. The results were these pictures.

Bruce's buddy knew he had always been interested in fishing in the Catskills. Bruce had read many articles and stories over the years from guys like Harry Darbee and Lee Wulff. Considering this was basically the birth place of American fly-fishing and the original area where Theodore Gordon casted his quill flies, made it easy for Bruce to make the trip back east!

At the town of Roscoe, Bruce even had a look at the fly-fishing museum that Lee Wullf started and is continuing with the help of other anglers and donations. Looking at the various bits of tackle, flies, and writings, one does feel rather close to the 1800s when the streams were literally over run by brook trout (early 1800s). Brook trout virtually disappeared from the areas' streams by the mid 1800s and then stocking began with browns and some rainbows in the late 1800s. A terribly interesting place, even if you don't fly-fish.

Bruce and his friends angled the Beaverkill, Willowemoc and the East and West Delaware. Some of the pools were named on behalf of anglers like Darbee and Wulff.

Bruce caught browns but there were also rainbows present. It was mostly walk and wade but by this time of the year the anglers were many...almost too many. Something we here in Alberta are not used to such crowded water!

The reason for the fly-angler to visit this area at this time of the year was the Hendrickson hatch and tens of thousands were seen every day...along with 2 or 3 other mayflies, stoneflies, caddis and midges. Fishing was tough to say the least. .


Bruce says that he would go again in a heart beat. It is easy to see why! 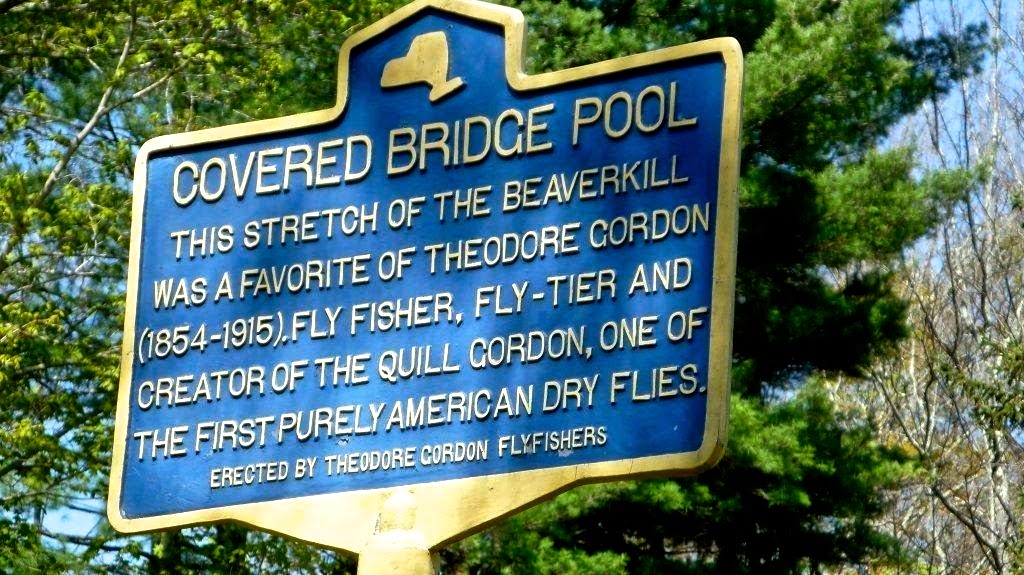 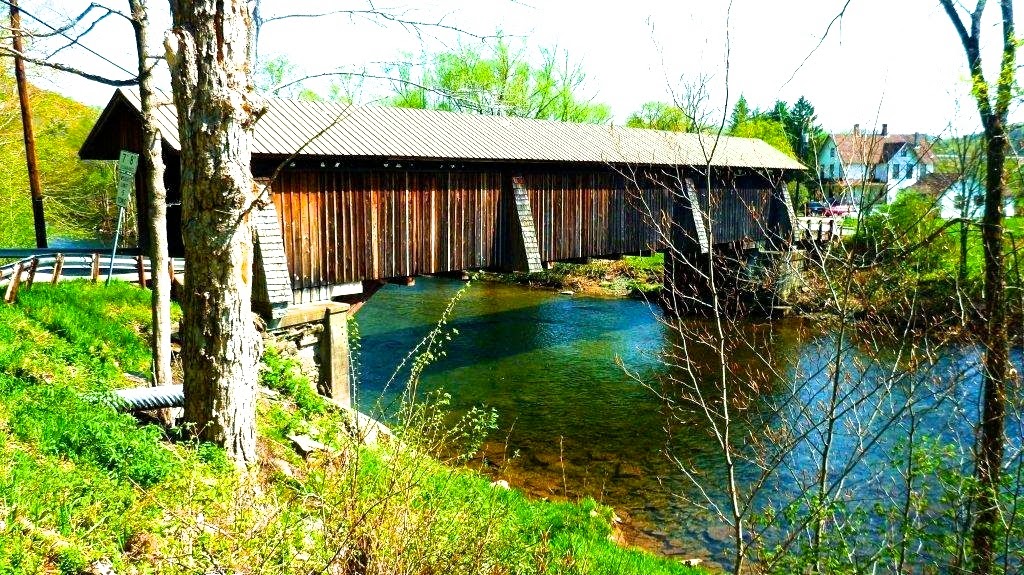 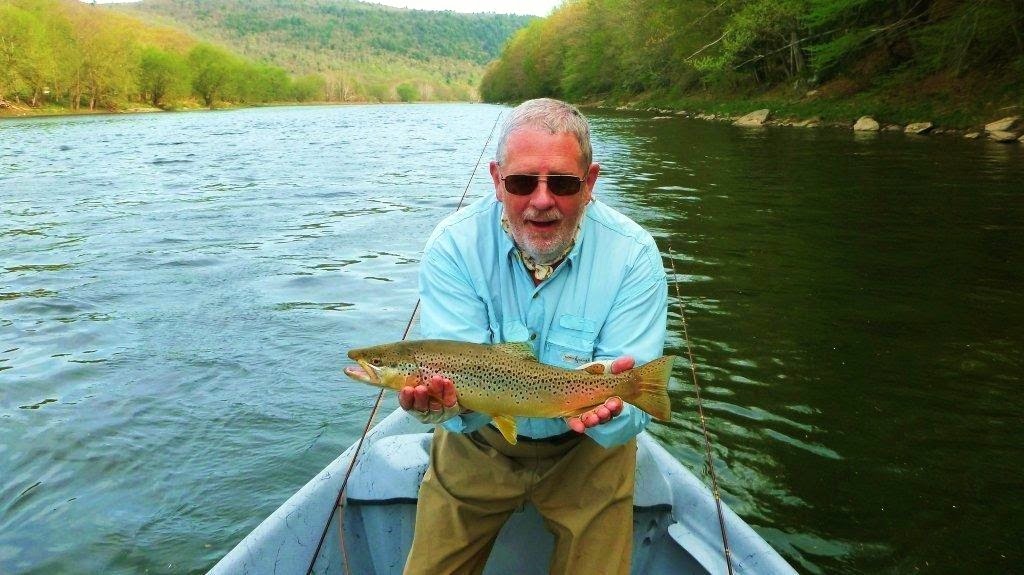 This brown was 21 inches long and a fat 5 pounds! Bruce managed to fool him on a float trip on the Delaware. He was hooked on a size 20 parachute adams-6x tippet! Before Bruce arrived, one of the Irish fellows hooked and landed a 25 inch brown on a Quill Gordon size 18. 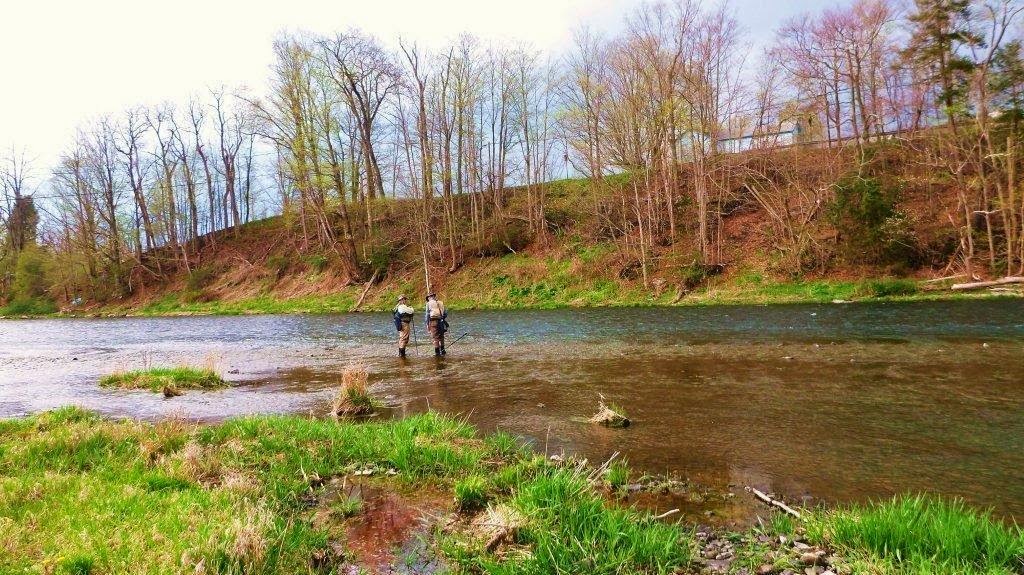 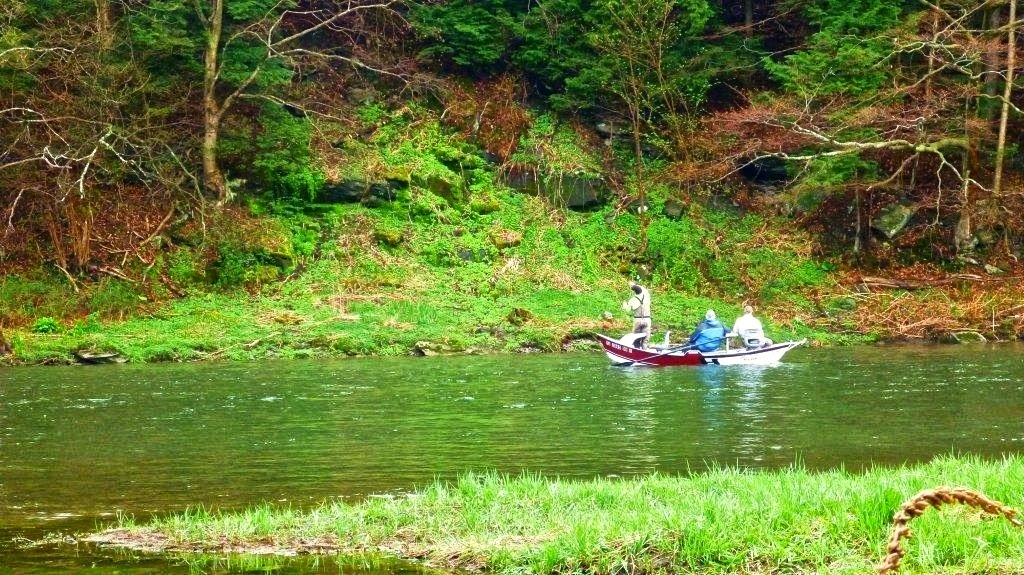 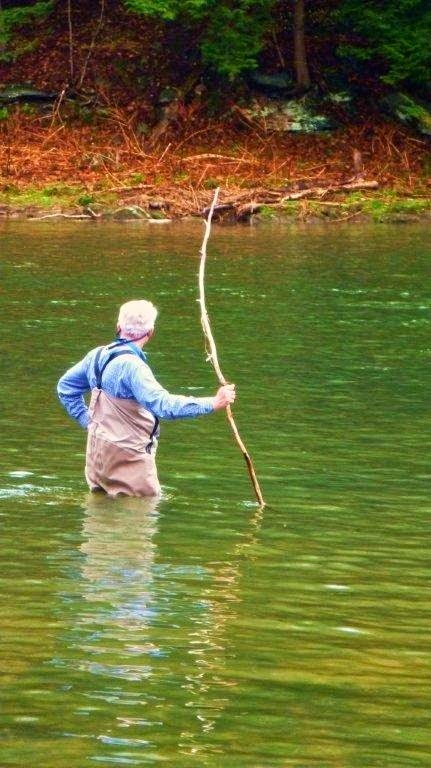 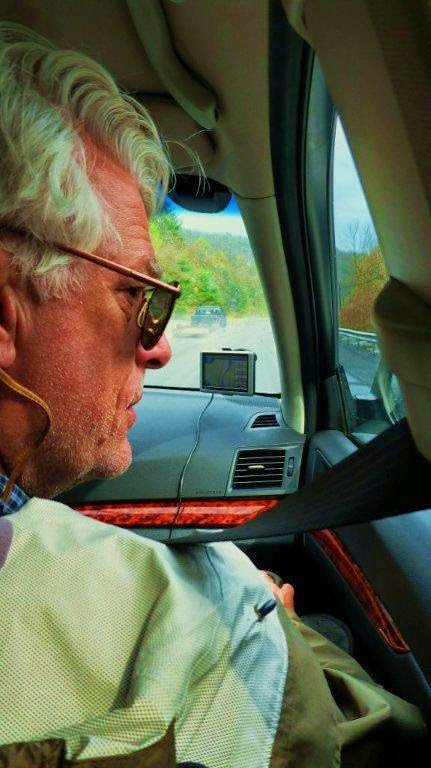 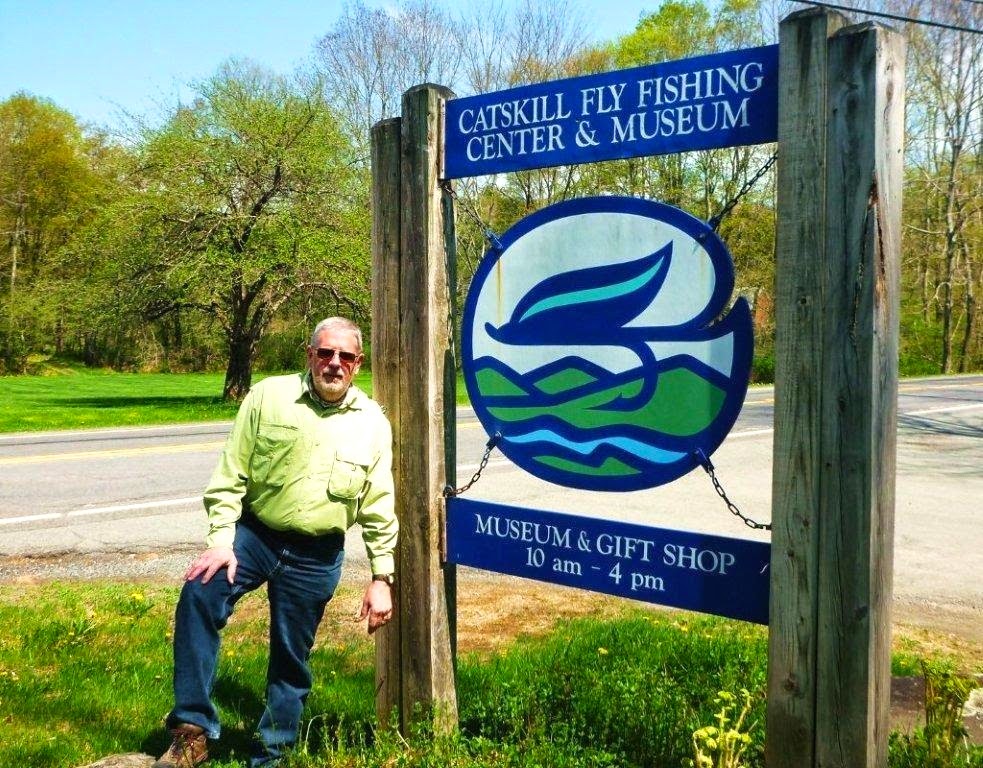 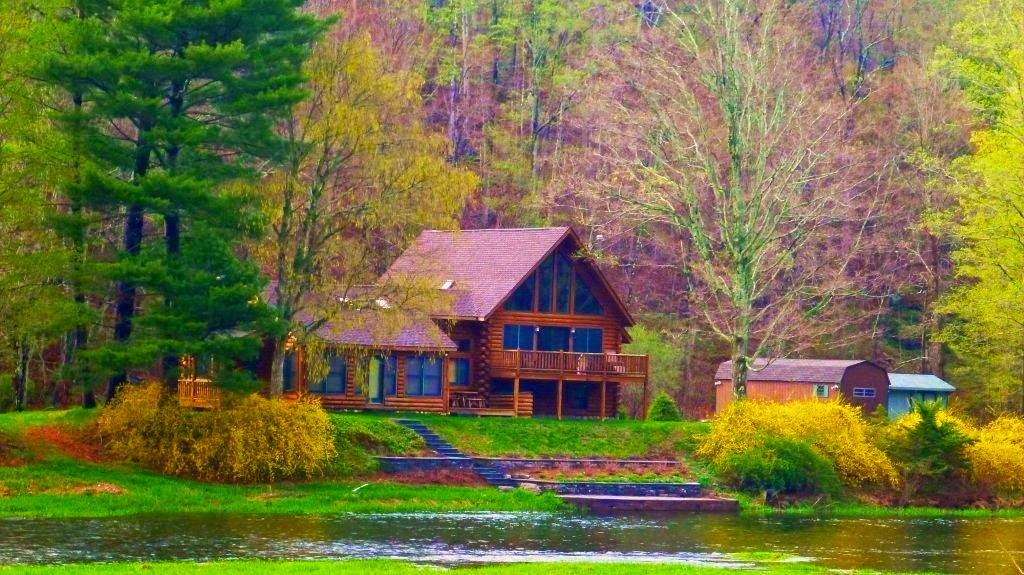 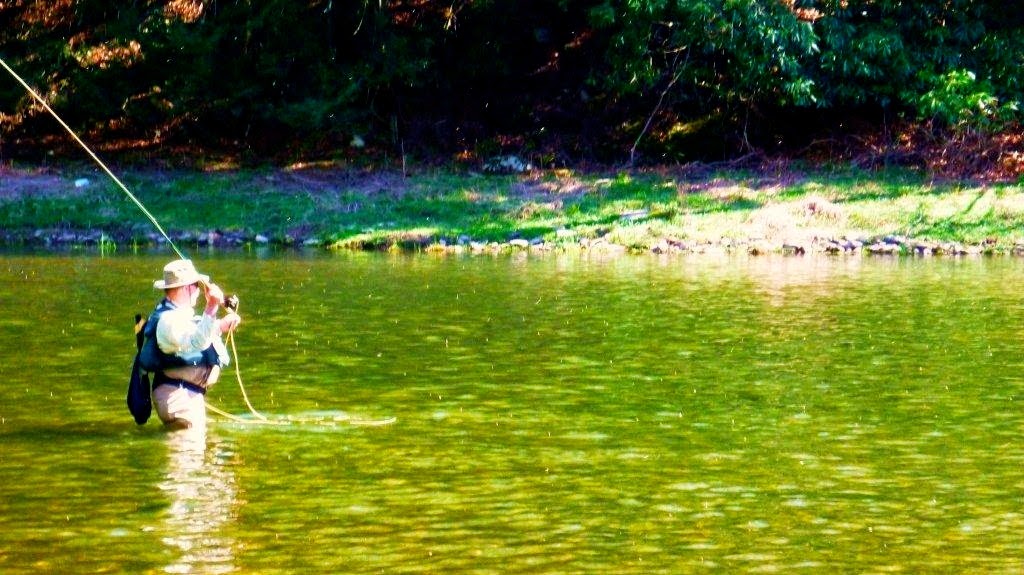 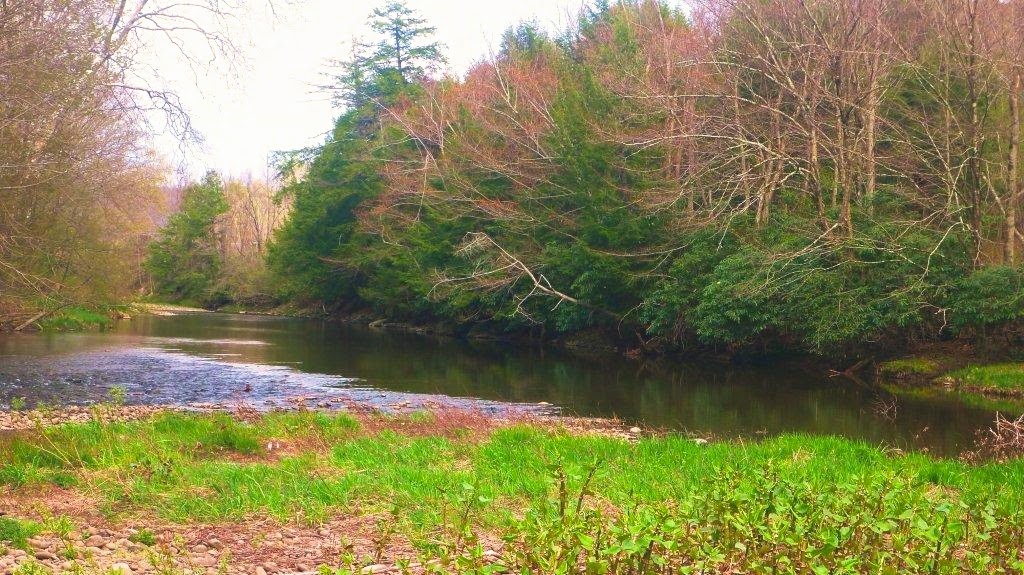 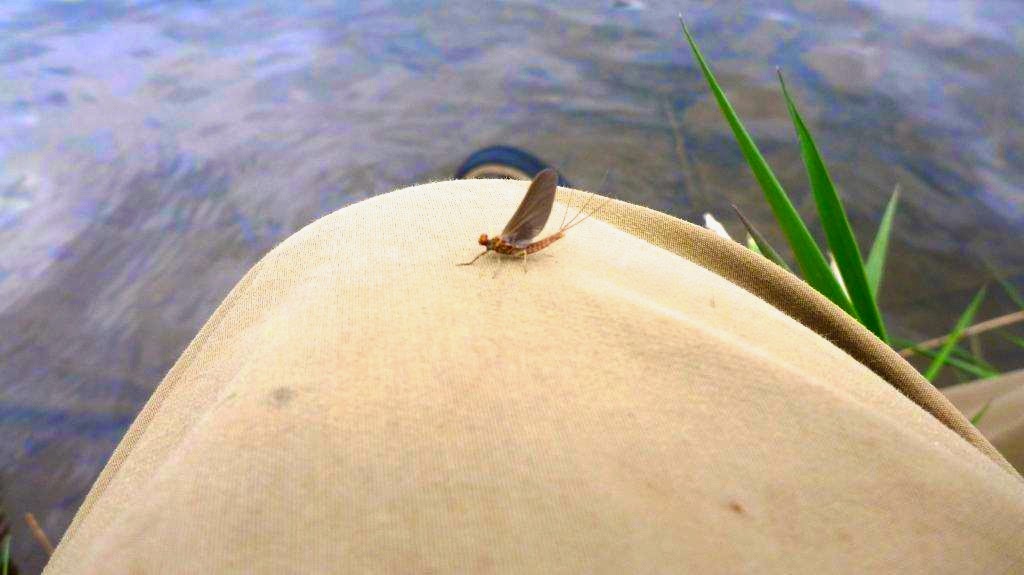 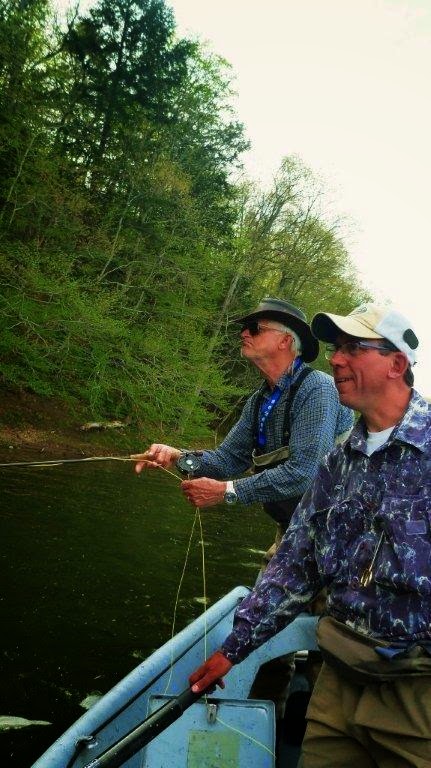 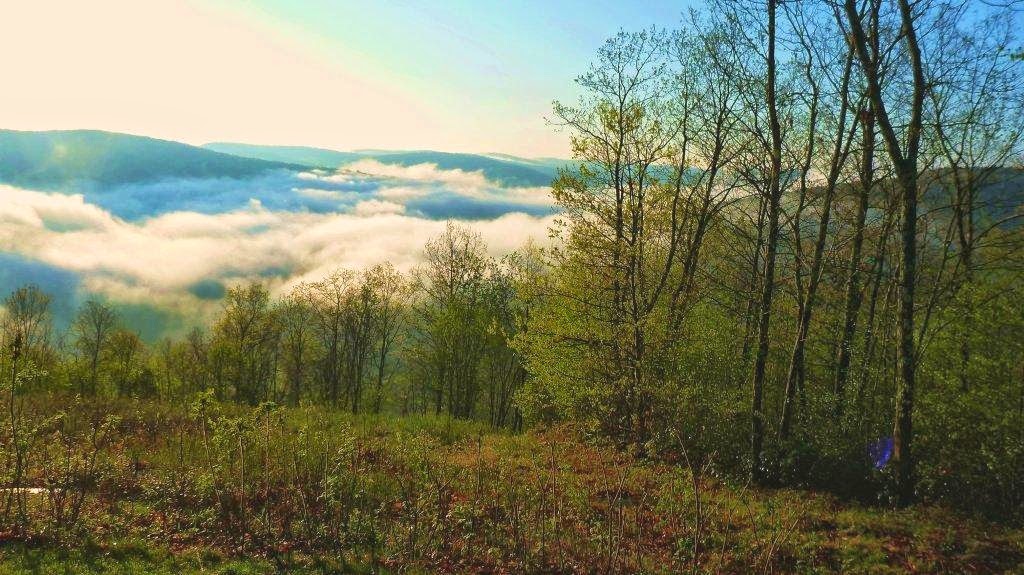 Posted by Bob Vanderwater at 5:32 PM