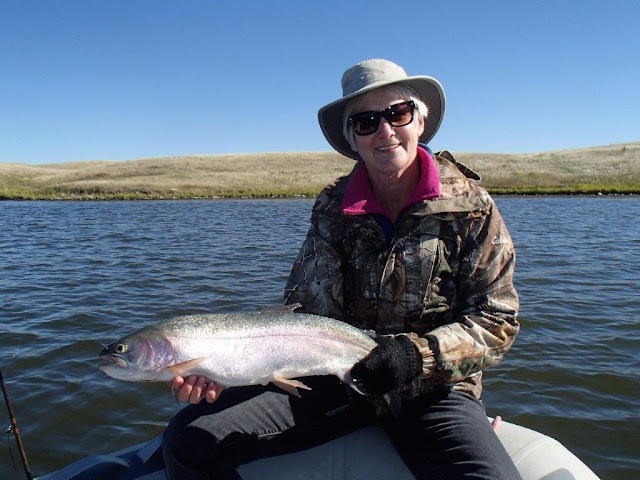 Betty and Steve MacKenzie as well as Larry Prowse and his brother, Ken, spent some time fly fishing Bullshead Reservoir in the Cypress Hills in the last week or so. The good news is that Bullshead water levels have risen dramatically since the spring. Lots of moisture in the area has allowed the reservoir to get back to normal levels. If you head down to Bullshead this time of the year, you will have the chance at catching large rainbows. You cannot easily fly fish from shore because of the weeds and you also have to deal with the strong winds that often blow in the Cypress Hills. Betty and Steve decided spend one of their days there touring around the Cypress Hills. There is lots to see! 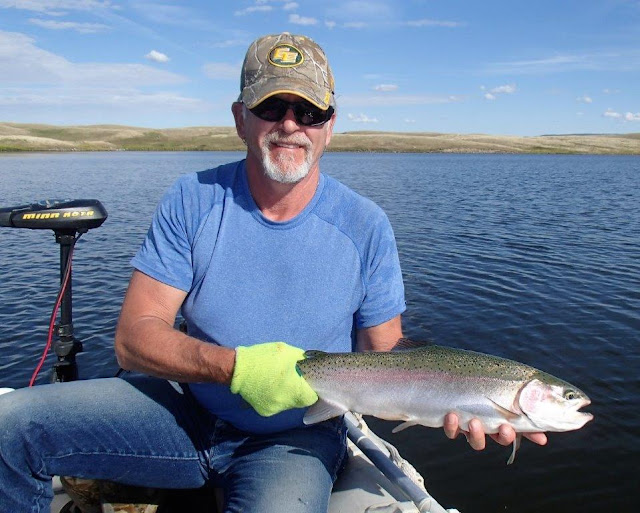 They even stopped and explored Orion, a ghost town in the area. Betty and Steve were fortune enough to get two relatively calm days to fly fish. They saw a boatman fall but the rainbows were not on the surface chasing these delightful morsels. Instead they found some deeper slots to  dangle their boatmen and backswimmer offerings. They had a lot of success with this. Larry and his brother had one day that was not too windy and another day where the wind was howling. They caught some nice rainbows as well.

Bullshead is open until the end of October. Once some serious frost sets in, the weeds start to die. At that point you may have a chance at shore fishing!

Thanks for the pictures Betty and Larry, much appreciated. 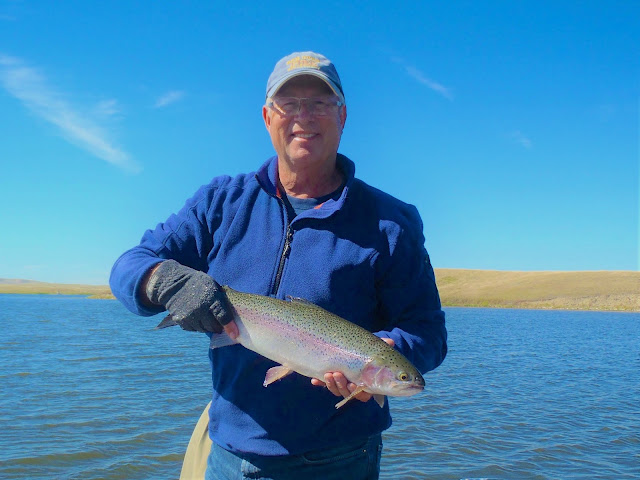 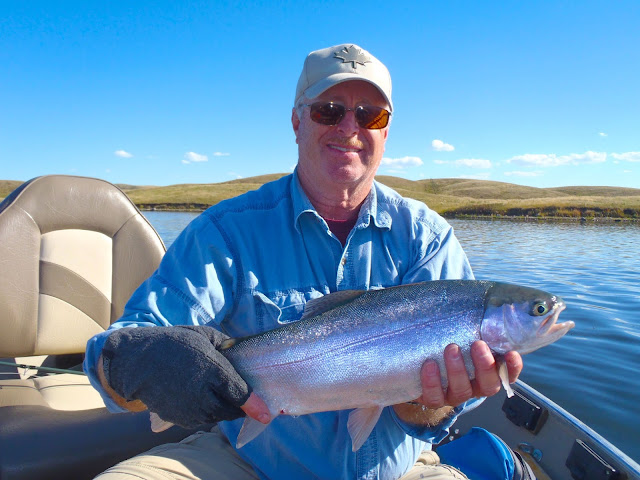 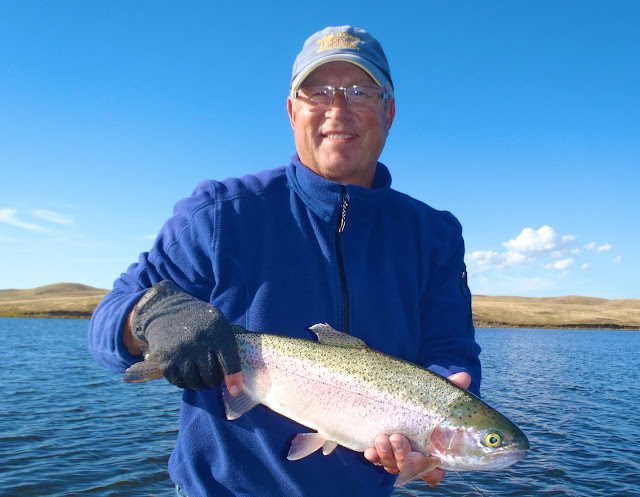 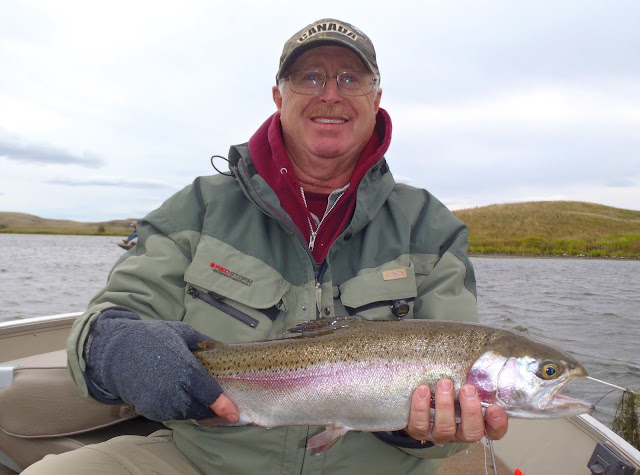 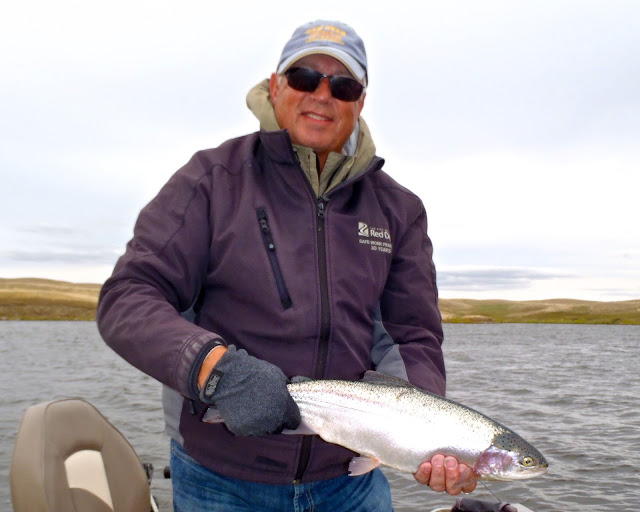 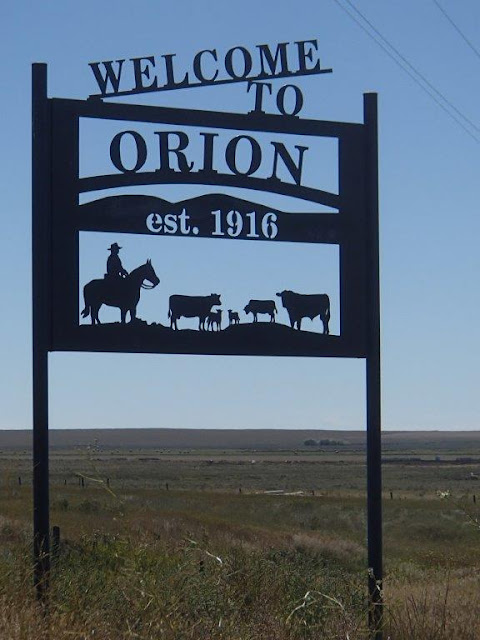 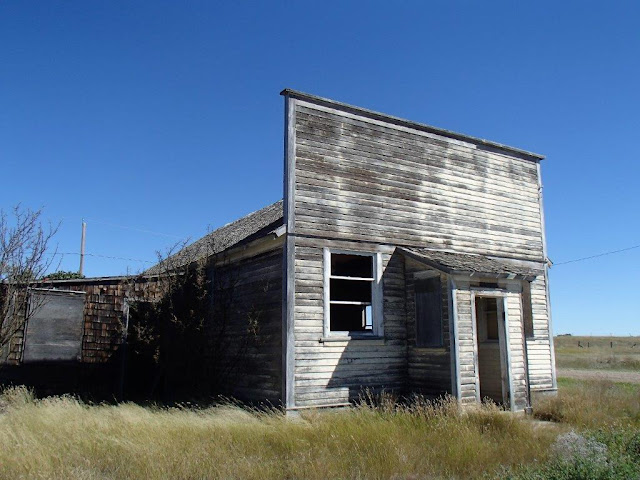 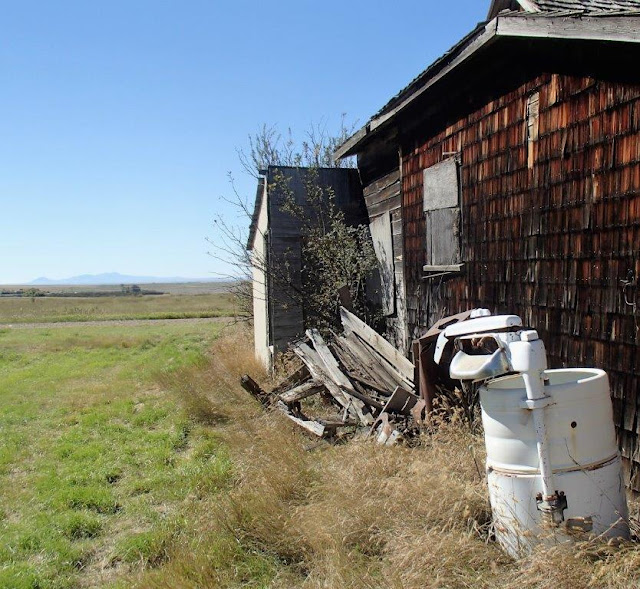 Posted by Bob Vanderwater at 12:41 PM