Ralf Kuntzman is Back at the Vice with LOTS of Creativity 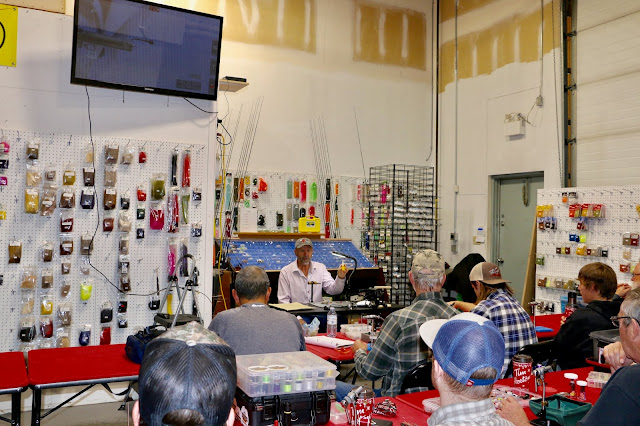 Finally Ralf showed the gang how to use wine corks to make poppers. What a great idea!

I also posted photos of the flies Ralf taught a group last March but they were not photographed.

I appreciate Ralf's creativity and resourcefulness. Thanks Ralf for a fun evening!

Next week is part two of Fly Fishing Sylvan Lake. It is a chironomid session using Buzzer Wrap. You will need black and wine coloured thread 8/0 or 70 denier. If you have burnt orange thread and rusty brown thread, both 8/0 or 70 denier, do bring it along!

See you next week! 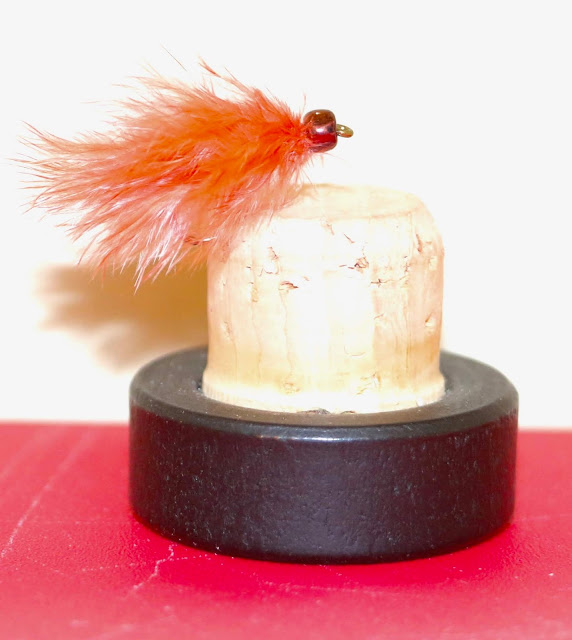 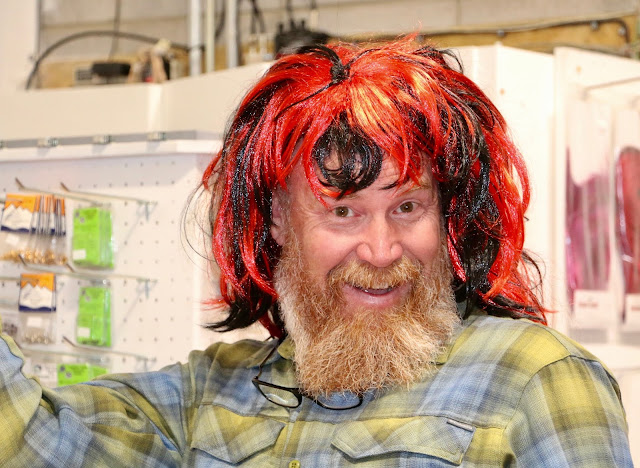 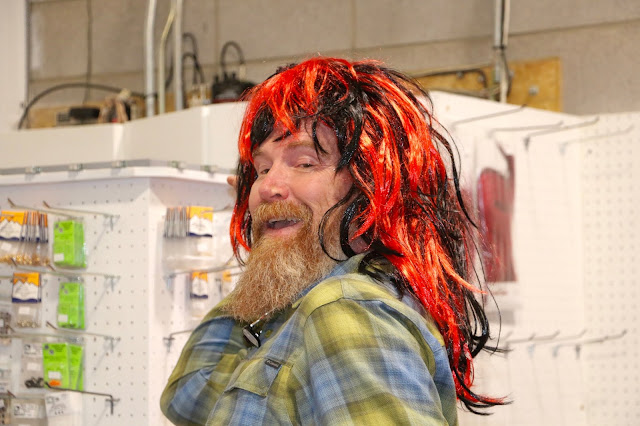 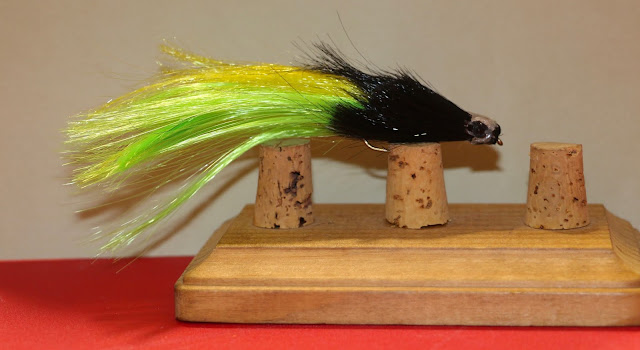 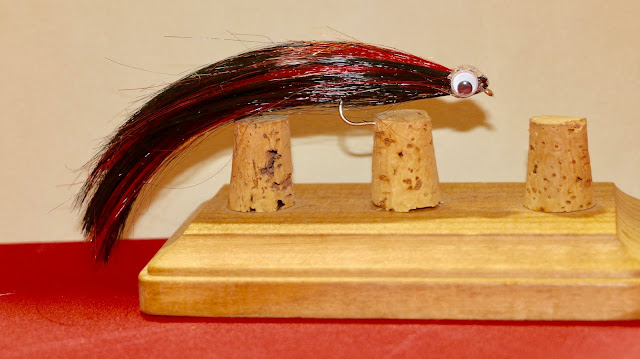 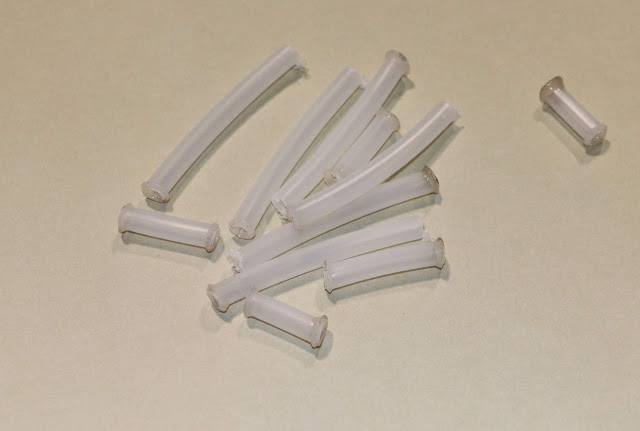 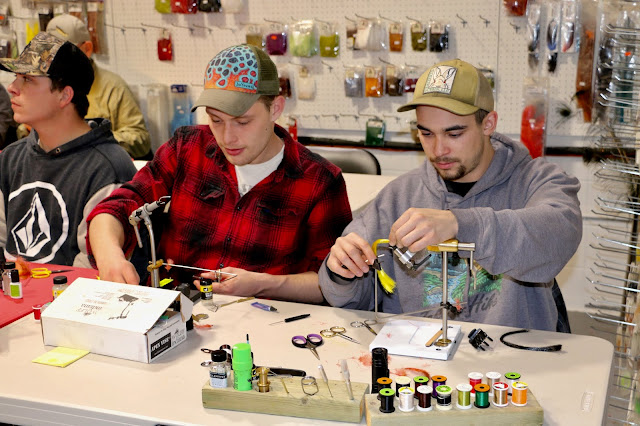 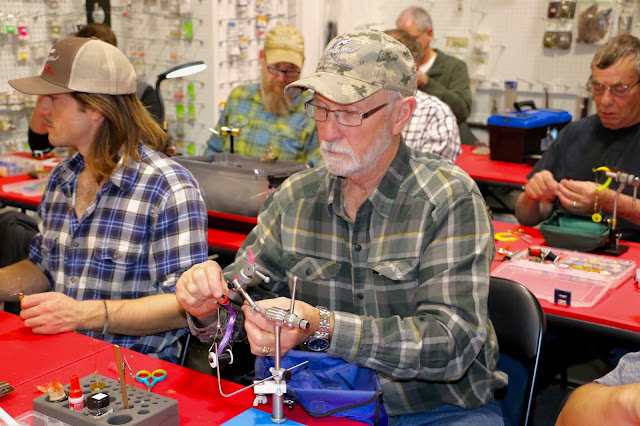 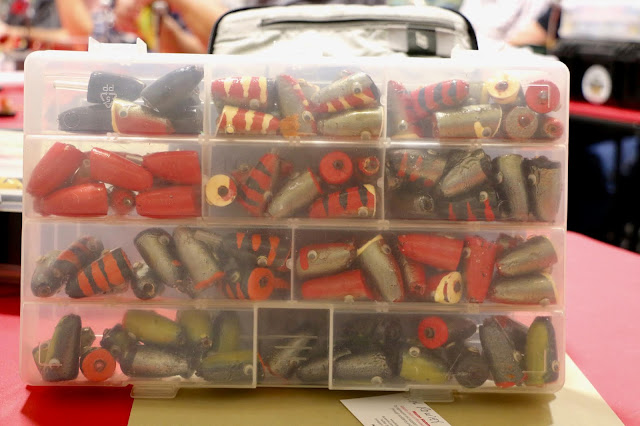 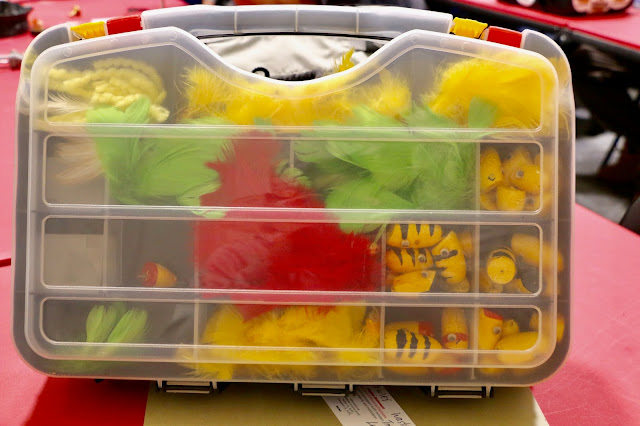 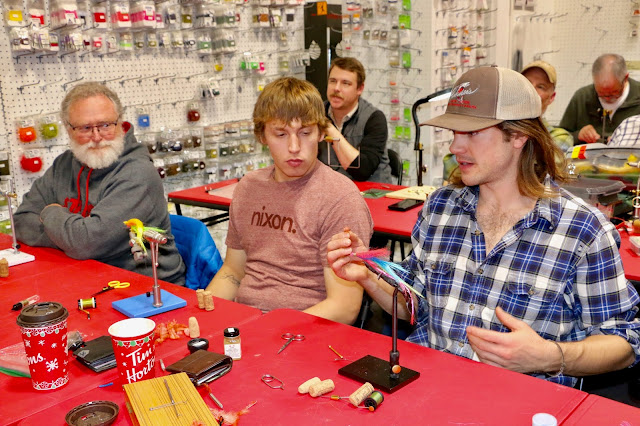 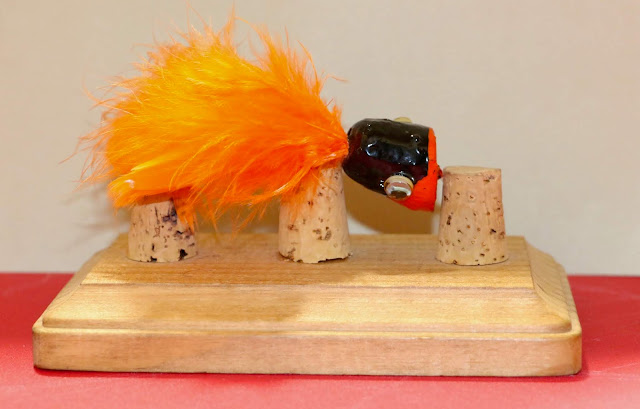 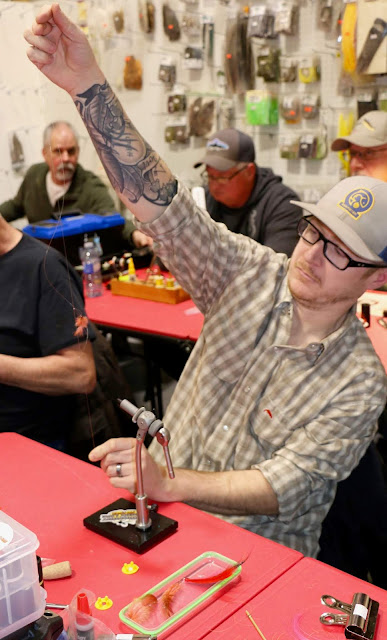 Rob is showing an example of a double surgeons knot loop that Ralf loves to use to tie his flies on his terminal tackle. A great resource is the Orvis Knot Tutorials. 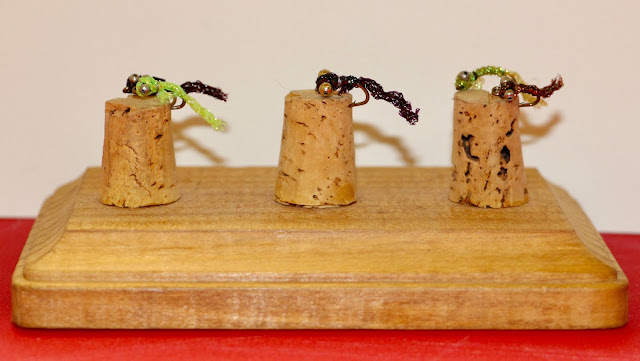 Last March, Ralf did a fly tying session. No photographs were taken of the neat flies that day. Today I had the chance to do just that.

All tied with Sparkle Braid as the main ingredient! 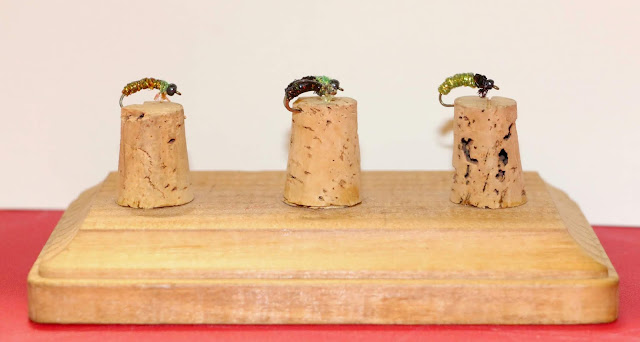 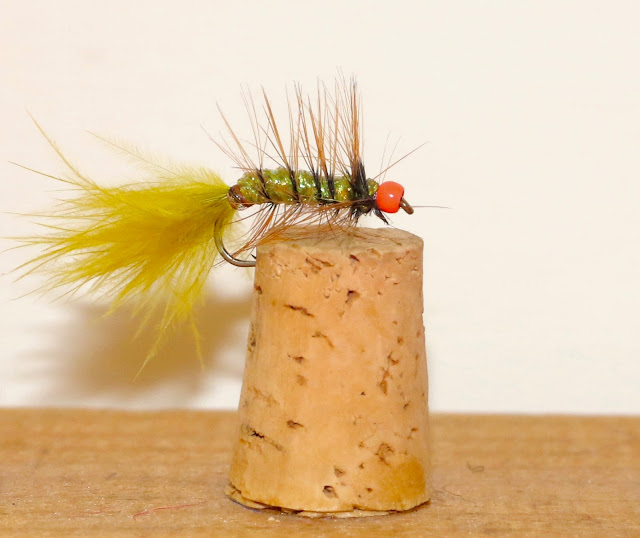 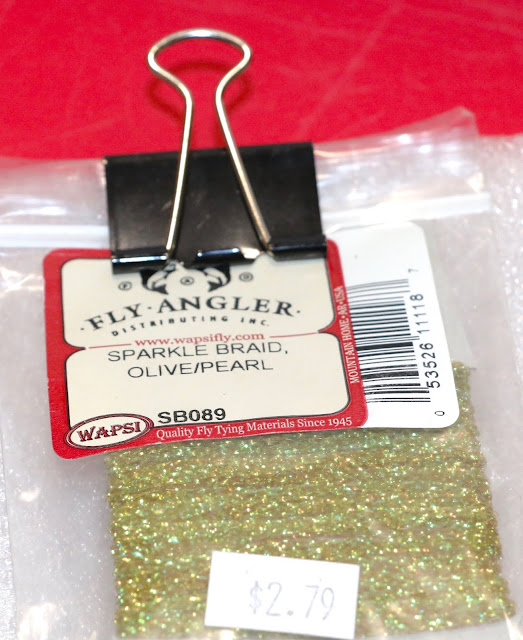 Posted by Bob Vanderwater at 10:41 PM