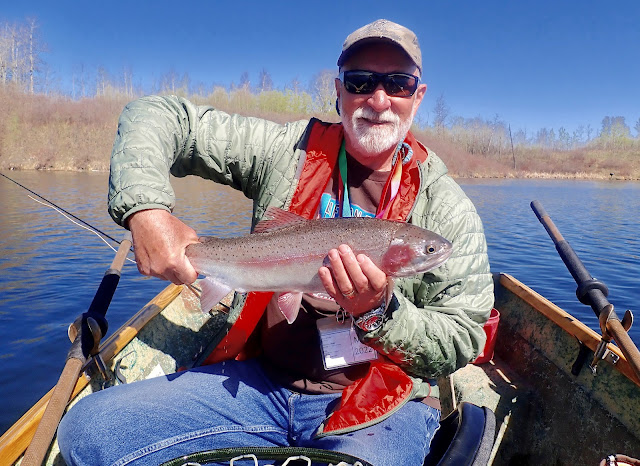 What a beauty of a day. Big blue sky, warm, a chironomid hatch and a good friend to spend a day with on the water! Doug and I launched his pram at 9:30 am and after motoring for 10 minutes, we set up in 14 feet of water. Based on what happened the day before with Karen and I, we set up with "chromie" type chironomids, specifically a Rusty Nail, an excellent John Kent design of a very silvery chironomid. We were into trout right away. The first few throat samples had a lot of small scuds and a few silvery chironomid pupa that were size 10. The trout became quite active later in the morning. The chironomid hatch seemed to tail off in the early afternoon and the trout were slashing at boatmen. We decided to fish shallower. I fished with a small brill micro leech and caught a few rainbows but the John Kent's Rusty Nail still out shone other flies. Throat samples began to show that the chironomids were getting darker. That was similar to what we saw yesterday so we tied on PBRs, Phil's Black and Red Chironomid in sizes 10 and 12. The PBR certainly got the attention of the rainbows. We were back to fishing in "Bernie" water (12 feet down)or just a bit deeper. Doug caught several sizeable rainbows. It was good to see several larger well conditioned rainbows.
Today may have been the nicest day to fly fish this spring. The trout were certainly cooperative today. I hope tomorrow brings us another great day on the water! 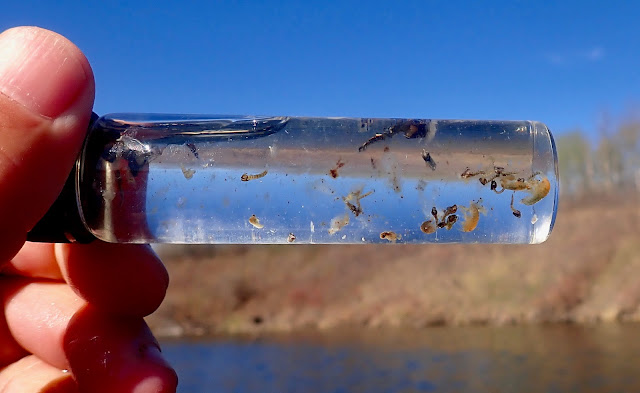 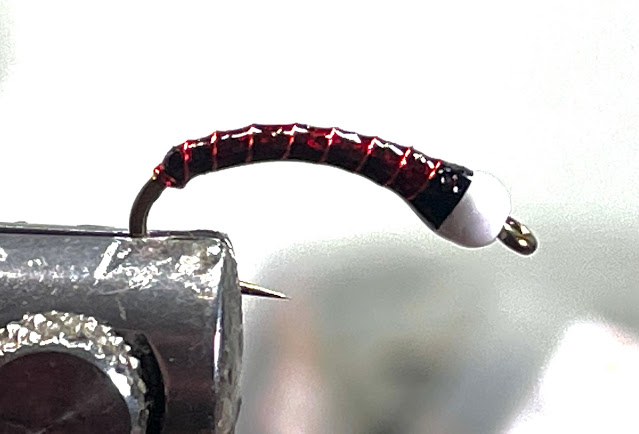 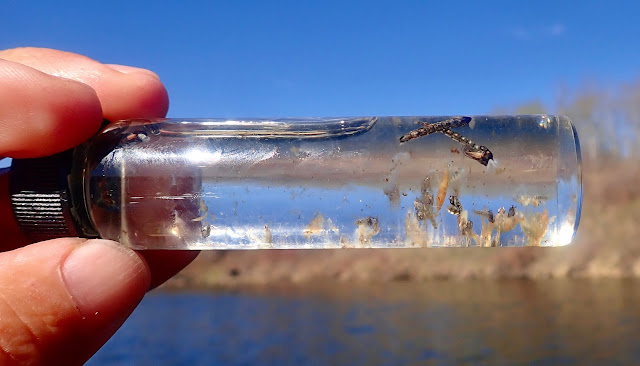 Chromies started to show up as the chironomid hatch got going! 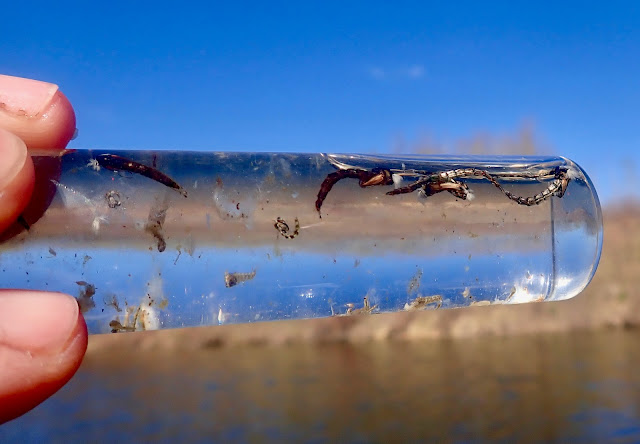 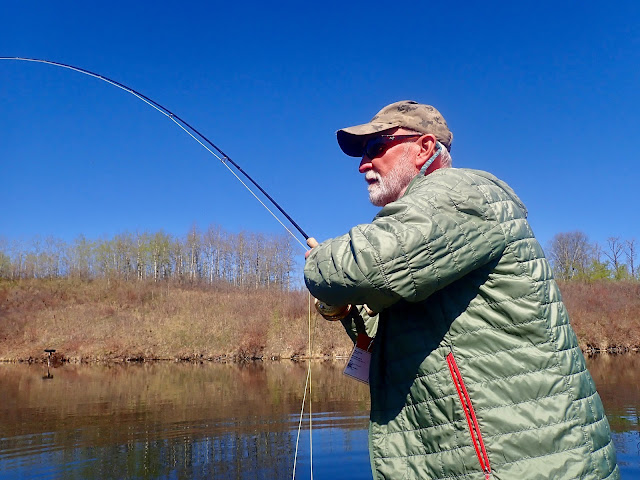 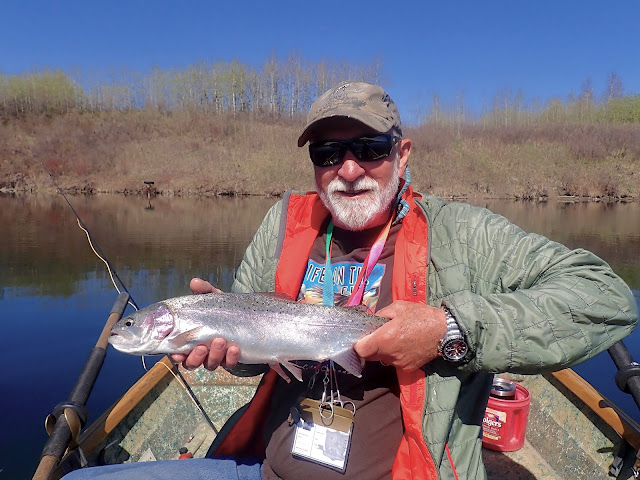 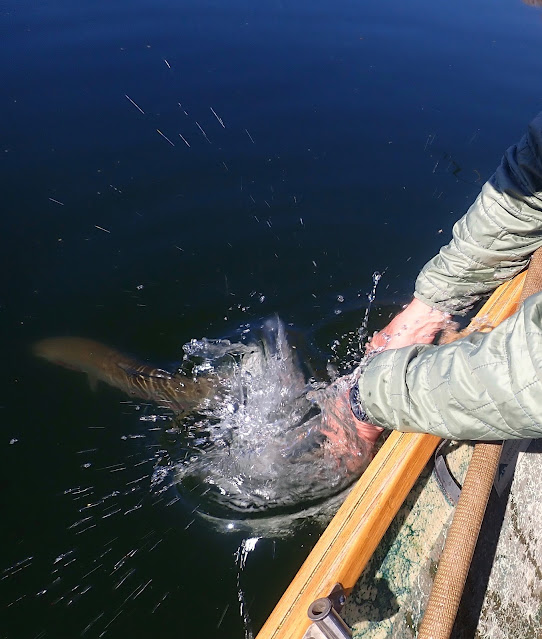 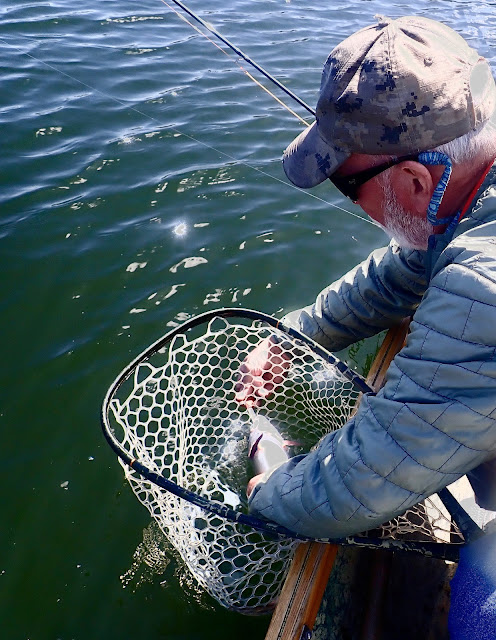 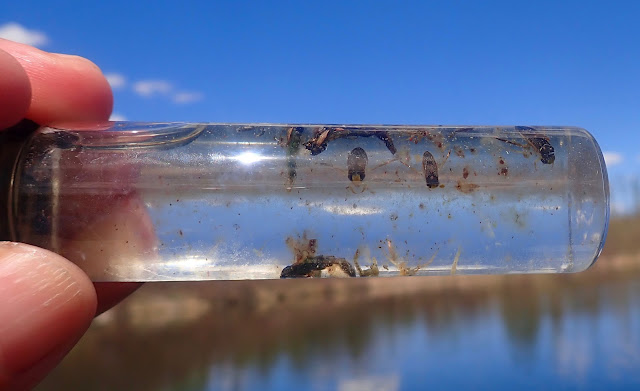 The Rainbows were slashing at the water boatmen as the day progressed. 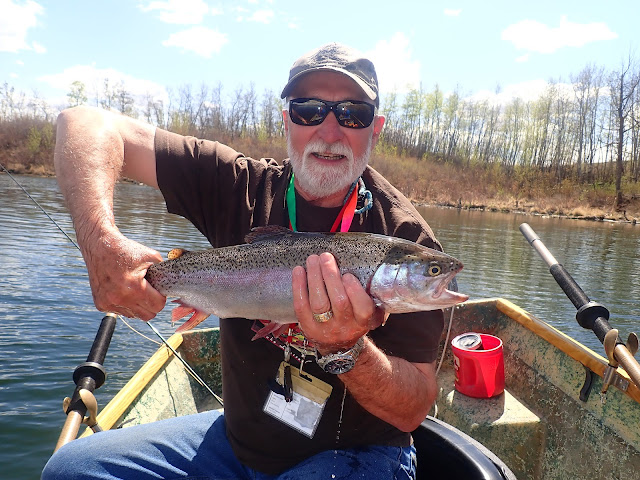 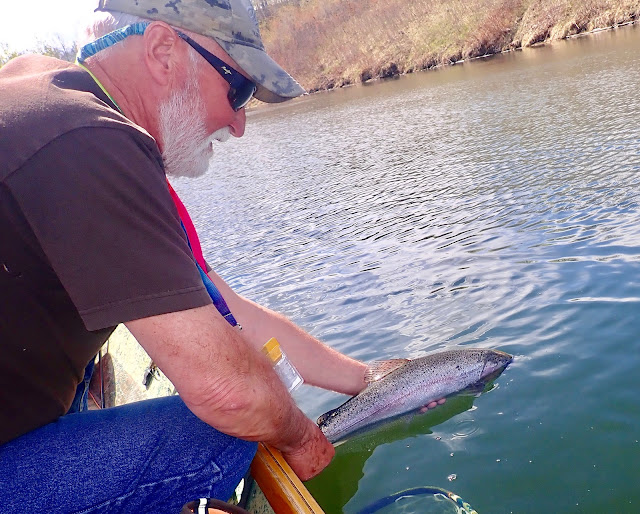 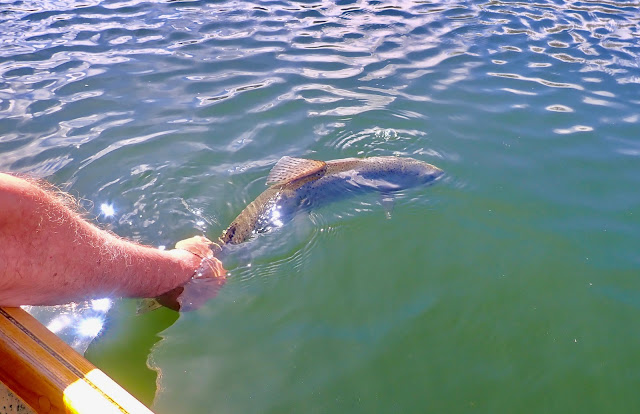 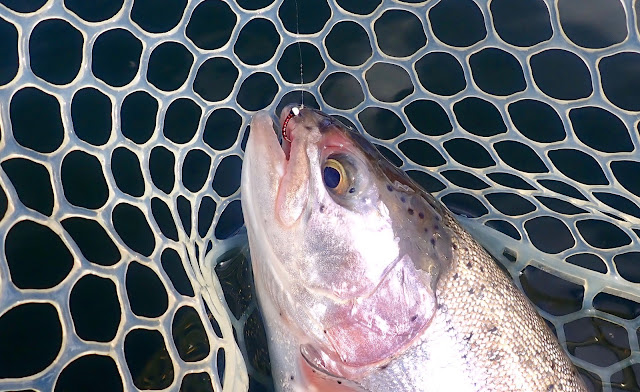 A PBR in the lip of a rainbow!
Posted by Bob Vanderwater at 6:50 PM