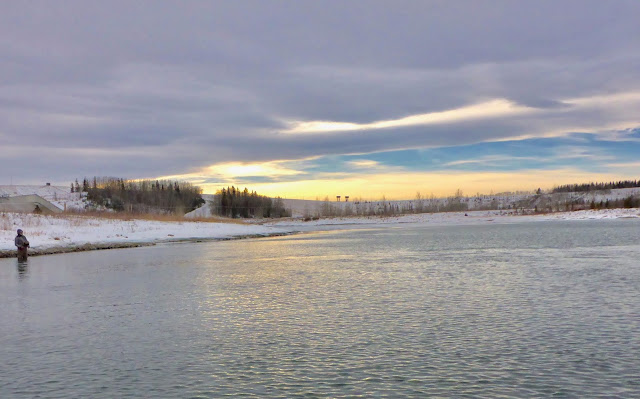 I could see the chinook arch this morning as I drank my morning coffee. Warm air was definitely spilling over the mountains and racing down our Eastern slopes. It is December but there is always fishable water on the Red Deer River below the Gleniffer Dam. The water in a tail water rarely freezes over because of the warm water at the bottom of Gleniffer Lake that is slowly being released into the Red Deer River.

Well there was a window of opportunity to get out with a fly rod. My neighbour, Colin, and I made the 35 minute trek to the Red Deer River that is ice free. There is a good population of walleye, pike, rocky mountain whitefish and a few browns in this section. We decided to target walleye and then maybe whitefish a bit later.  I tied on an ice minnow and it did not take long to get a few hits but no hook up. Eventually I caught a typical walleye that was in the 18 inch category. But, moments later I hooked up and the fish felt heavy, real heavy. I thought I hooked a pike. Eventually I got a glimpse of the monster walleye and I was excited. I shouted to my neighbour to bring the net and make it quick! Colin, put down his Winston rod and sprinted down the shore after he found the net. I slowly worked my way to shore and met Colin. He scooped the gigantic walleye. It barely got into his large Fish Pond net. What a tank. I have caught lots of walleye but this may have been the largest I have ever caught! Sweet moment! 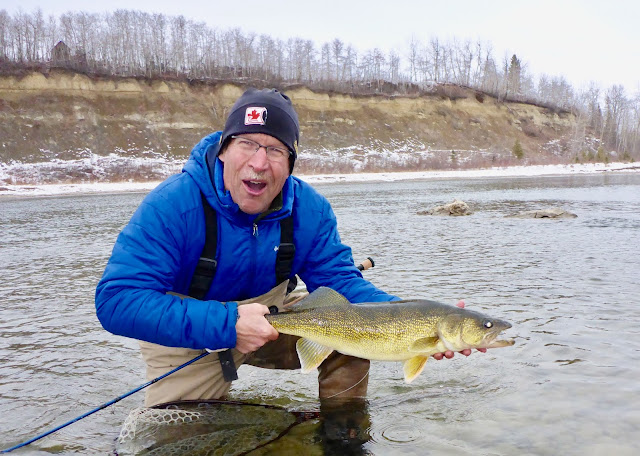 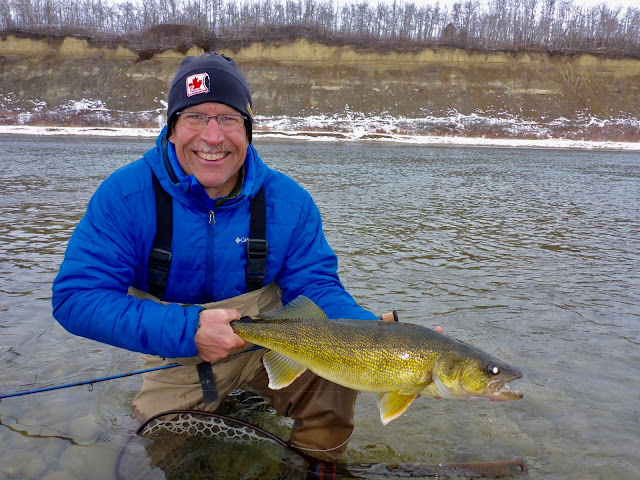 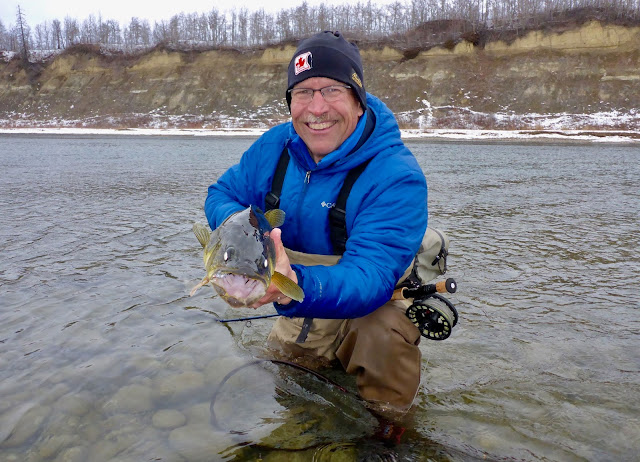 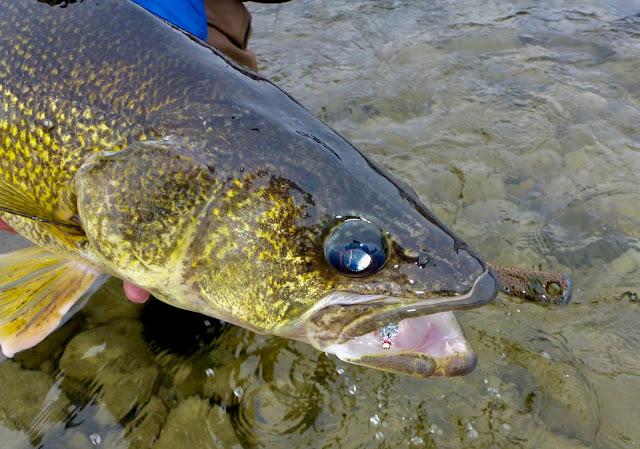 Posted by Bob Vanderwater at 4:38 PM