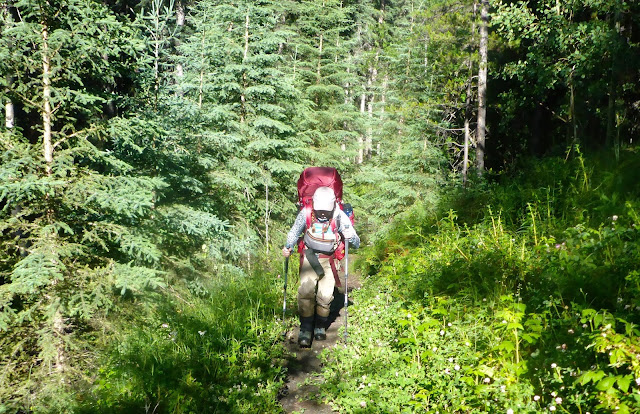 Karen and I were itching to get out and enjoy cutthroat fishing. The rivers west of Red Deer have been high, off colour and tough to cross. We got a reliable report that the rivers were coming into shape but they were far from perfect. It was time to load up our backcountry gear and get out there. The flow rates were quite deceiving too. The rivers are coming down but there is a lot of field and creek runoff that has made the rivers treacherous. You have to be careful choosing a safe place to cross. I had to help Karen cross several times.

Nymphing definitely allowed us to catch several cutthroat. The key to nymphing, either split shot or heavily weighted nymphs. Karen was determined to catch cutthroat with a chernobyl. And that she did. In one run she connected with several well conditioned cutties on an Orange Crush chernobyl. After seeing a flow rate almost 12 times the average, you know the river was rearranged a bit. You have to do some exploring.

As you can see, we were also camping in the backcountry. That was very enjoyable. The big blue sky the last two days, the evening fire, coffee alongside of the river and just enjoying being outside made our trip relaxing and fun. 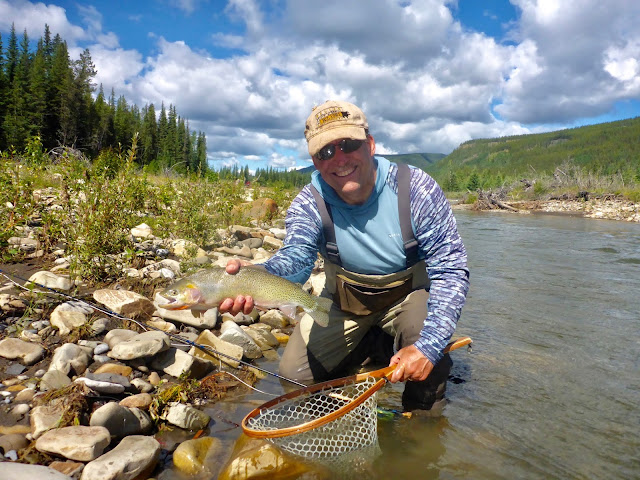 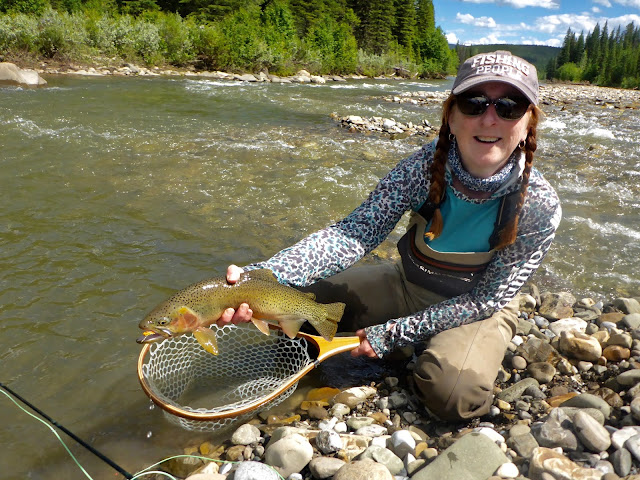 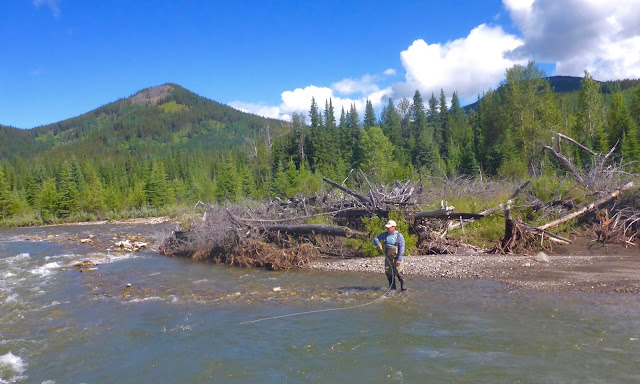 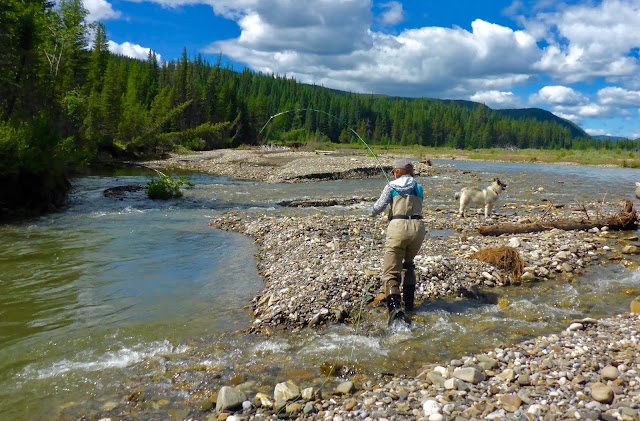 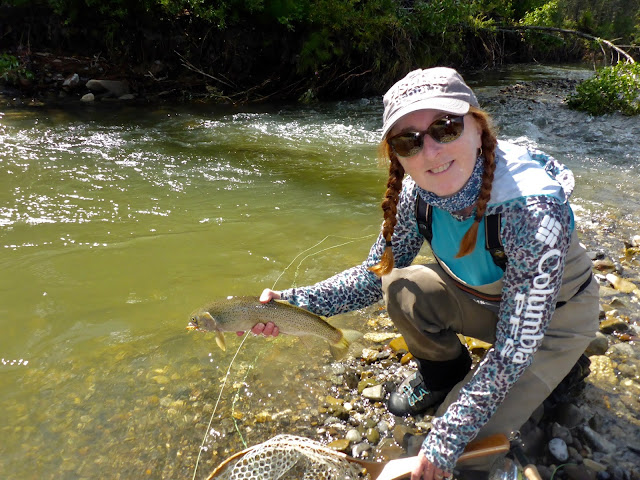 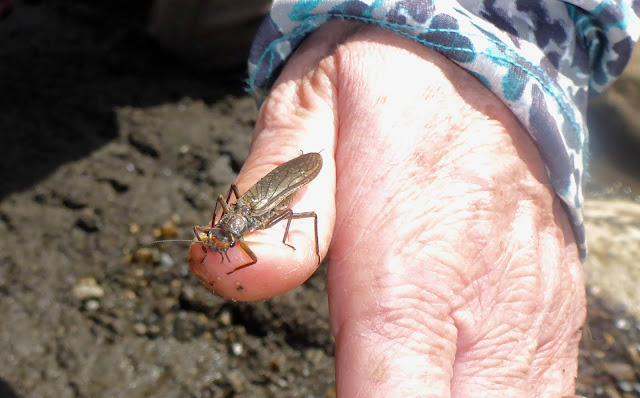 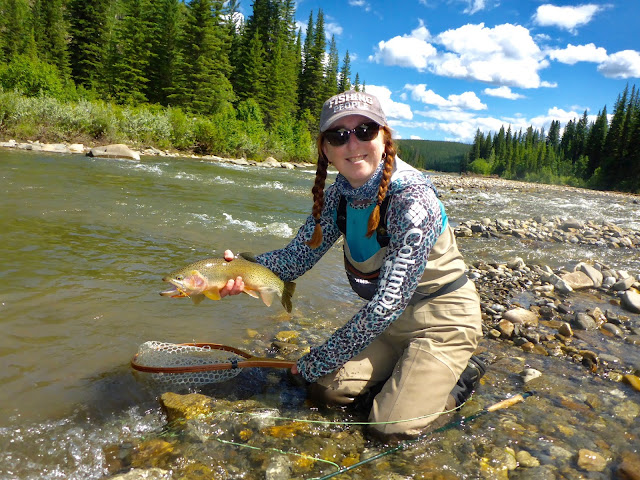 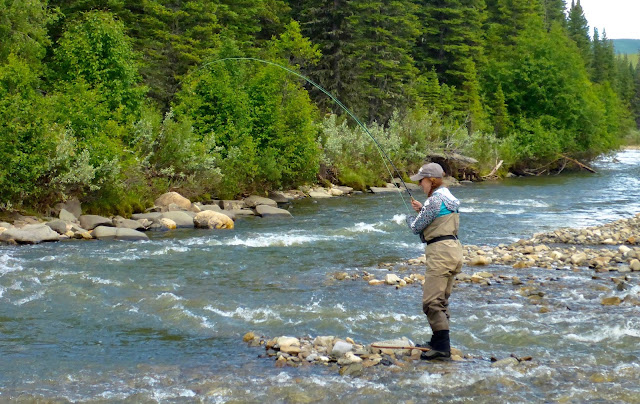 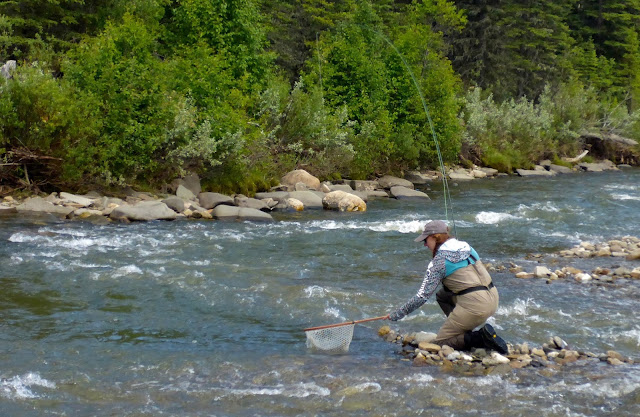 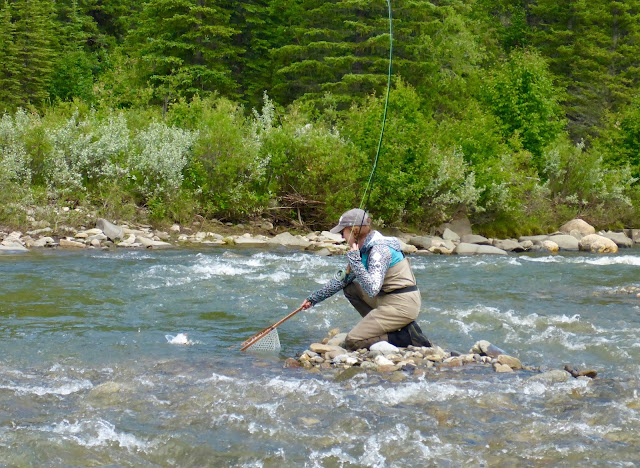 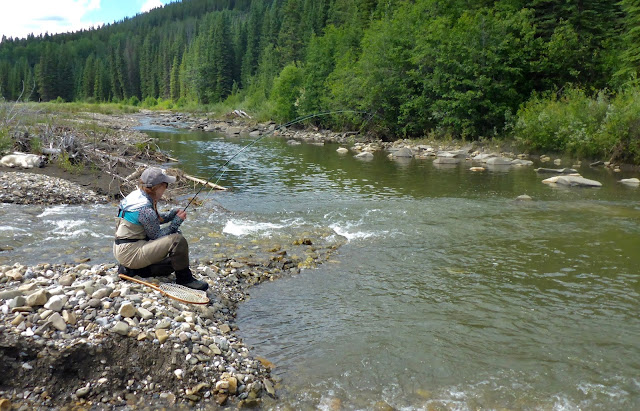 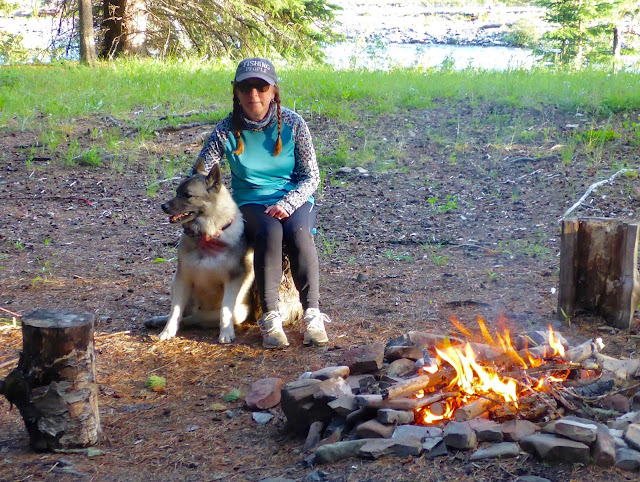 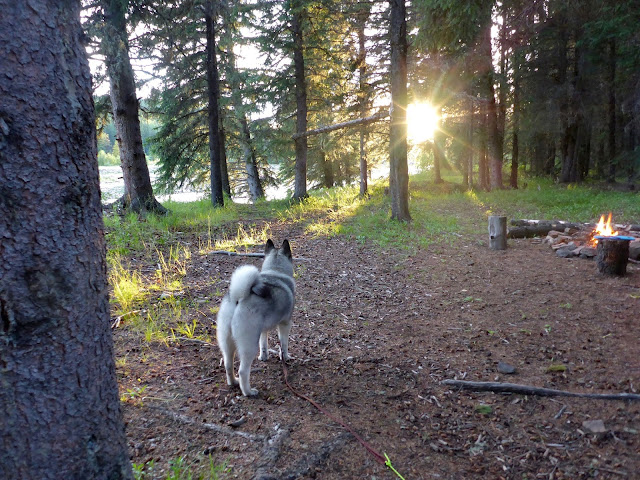 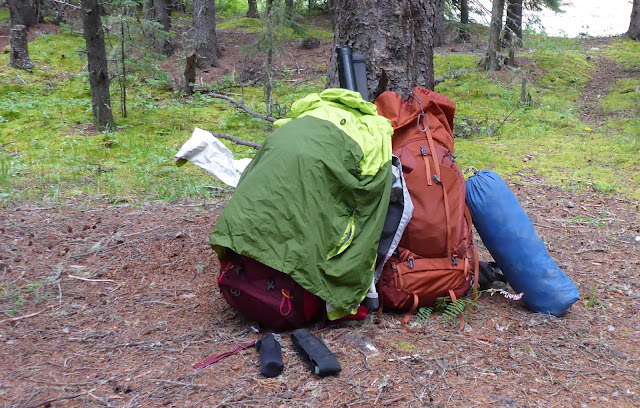 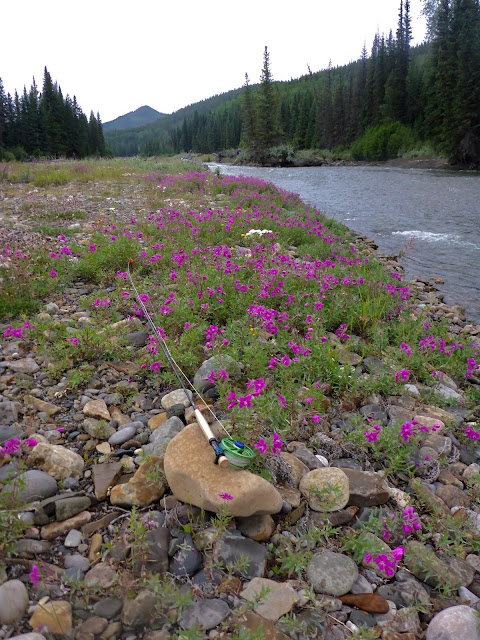 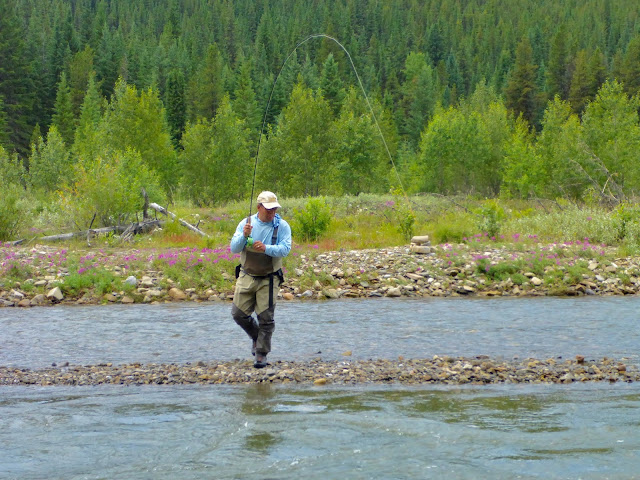 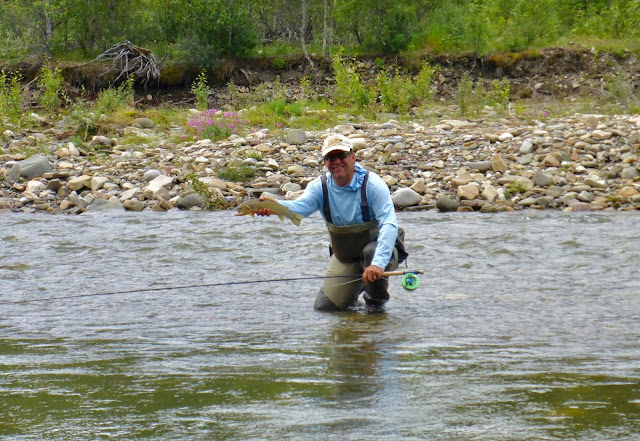 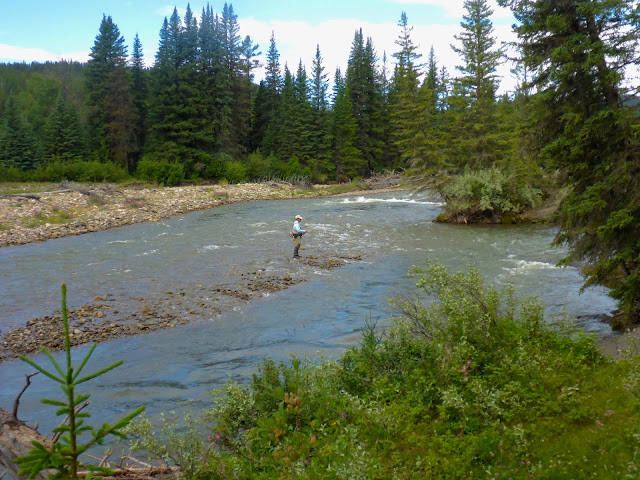 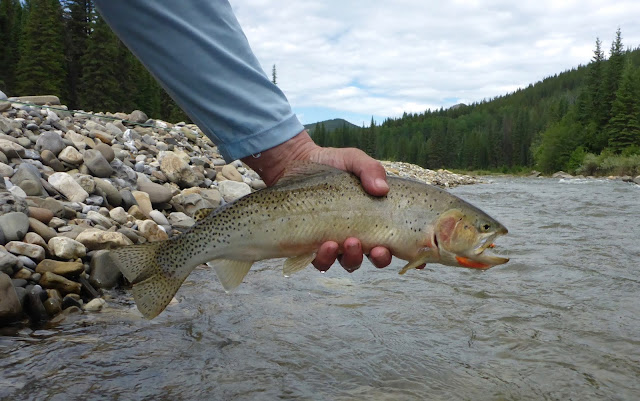 Posted by Bob Vanderwater at 6:23 PM