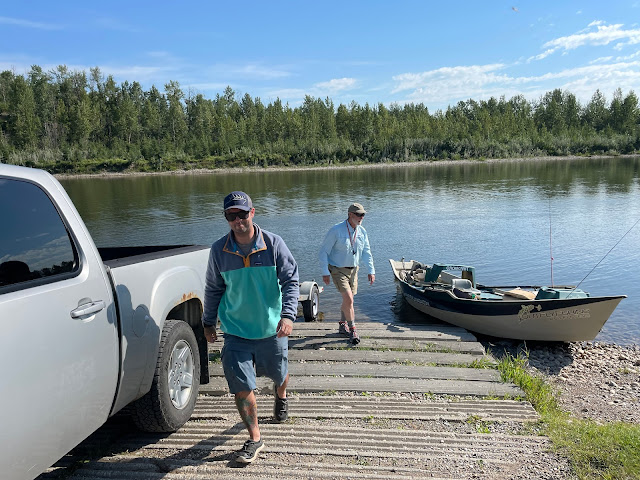 Happy August Long Weekend Everyone! I hope you have a chance to hit your favourite waters to fly fish! Steve, Doug and I decided to float the Red Deer River on Saturday. We just wanted to have a relaxing float and pull over so we all could fish on some of our favourite stretches. The fly fishing was excellent. We caught lots of rocky mountain whitefish. When we started our float around 10 am, there were lots of PMDs on the water. We did see a few sippers but nothing consistent. We nymphed with golden stones, wiggle worms and rainbow warriors. The rainbow warrior definitely out fished our other offerings. In several runs, we had to add split shot to get our nymphs down. That helped us connect a lot in some runs!
We did hook several browns but only landed one small one.
Sadly, the jet boaters were not very kind to us as the day wore on. They blasted through runs we were fishing, did not throttle down in the least. In two cases they were just plain offensive. They were stunting on the water and verbally quite abusive. The water was completely churned up because of their stunting. Sadly they were also drinking and driving their boats. That in itself is not good. I certainly do mind sharing the river with everybody. It is the long weekend after all. Lots of canoes, paddle boarders and kayakers were out enjoying the water as well. Many jet boaters are respectful, sadly not all are!

If everyone respected the regulations, it would be awesome.
We had an excellent first half of our float. We will float earlier next time so we can avoid the jet boat antics. There are very strict regulations on the Bow River  (no jet boats allowed in the city section at all) but the Red Deer River sadly seems to be a free for all! 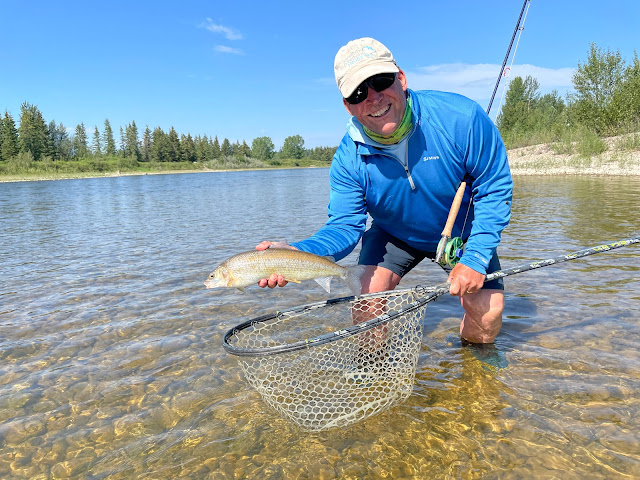 These jet boats were doing it right. 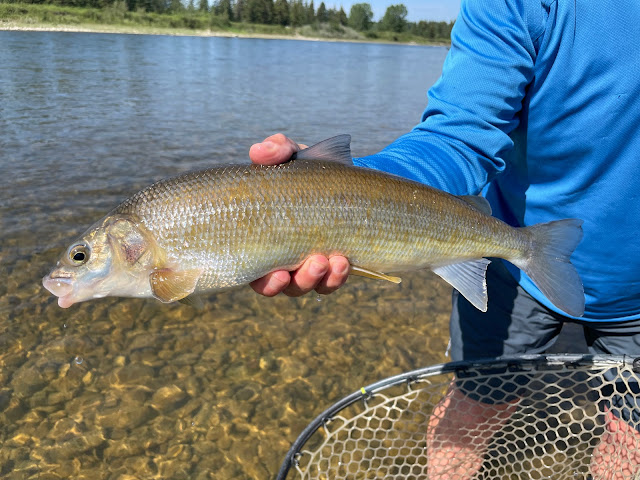 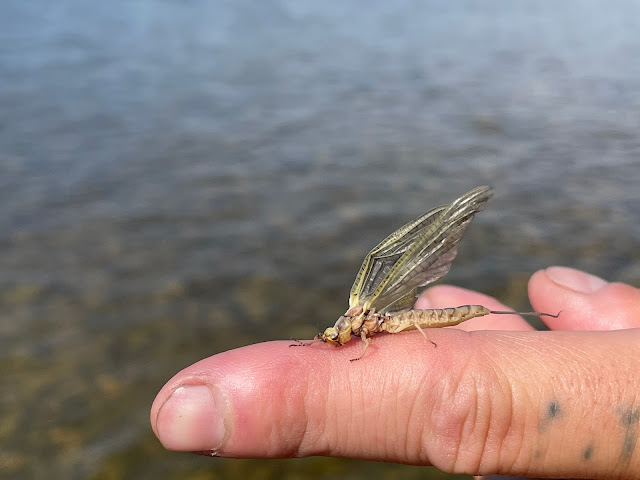 Hexagenia on the Red Deer River, who knew? 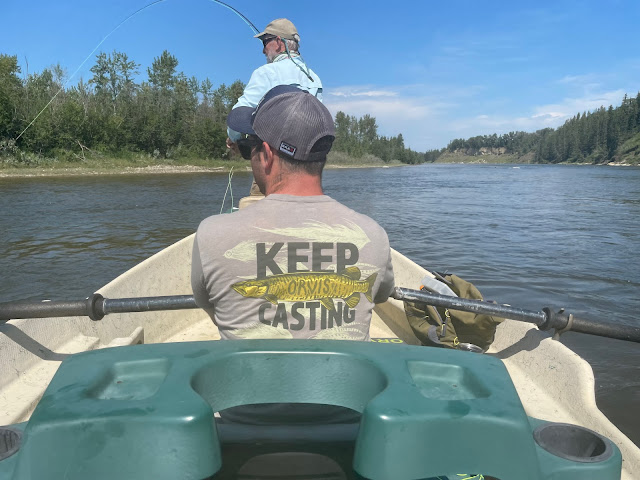 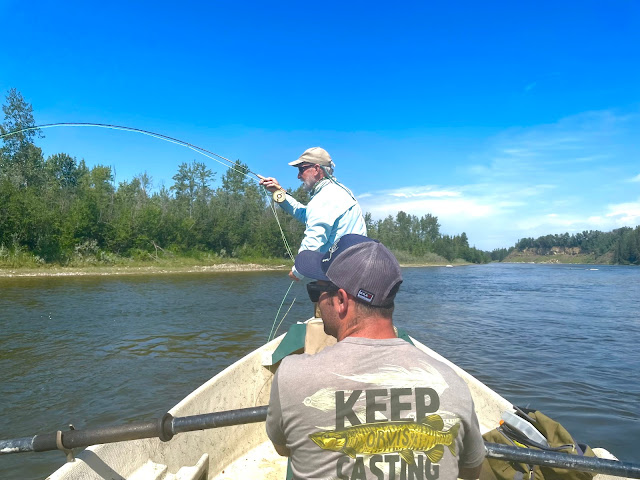 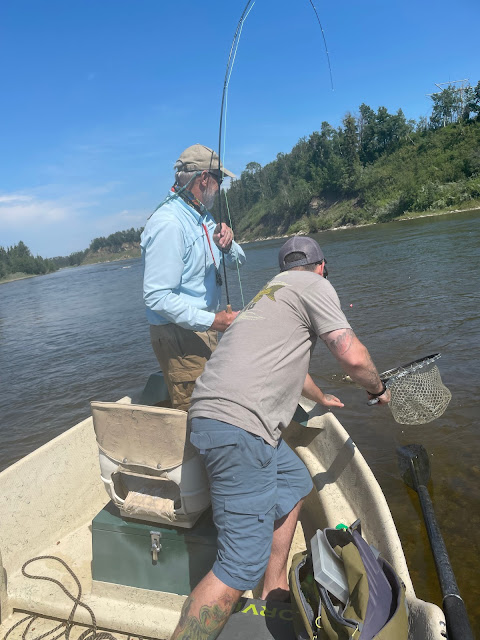 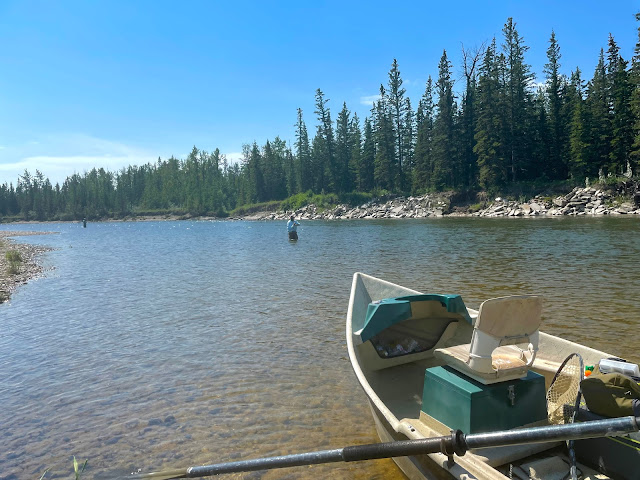 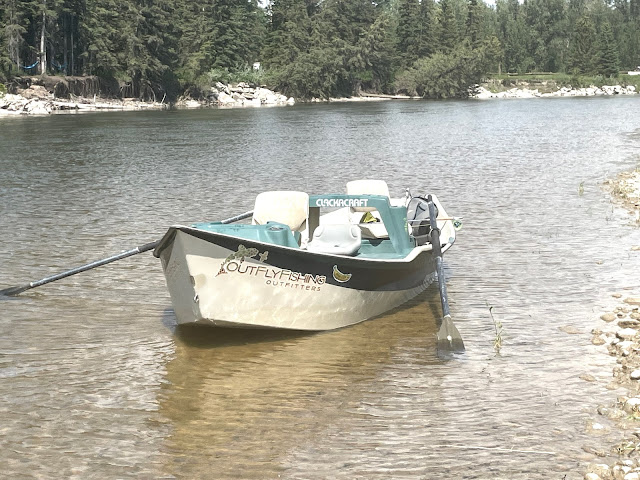 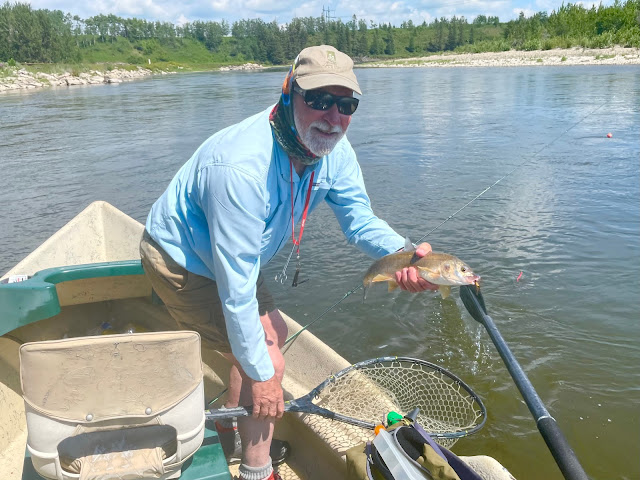 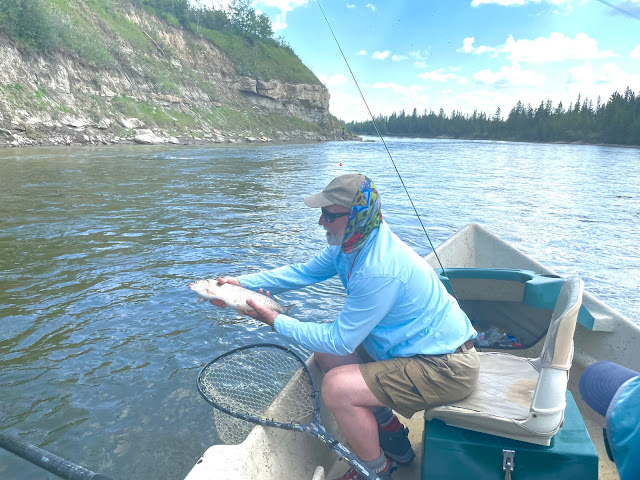 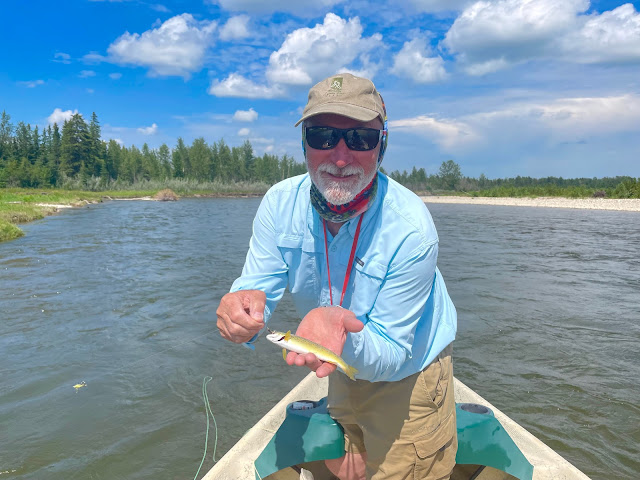 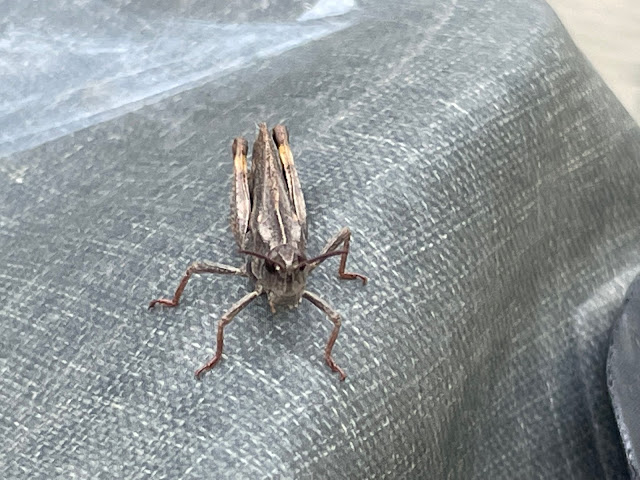 Posted by Bob Vanderwater at 11:53 AM