Darren Petersen and his Buddy Fly Fishing the Eastern Slopes

Darren Pettersen is a regular contributor to our blog. I do appreciate his effort to send me pictures and a great story of his adventures. Thanks Darren! 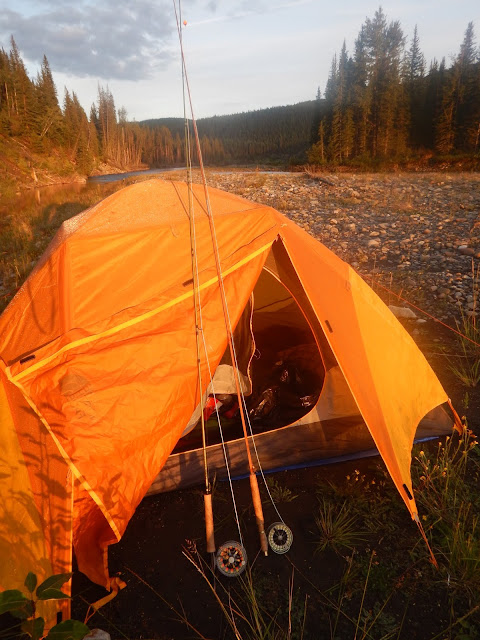 Darren gotten out a couple times recently to the west country to fish for mountain natives with his good friend Dean.  Darren and Dean have been birding and fly-fishing together since they were teens.  A window in the weather last week had them hiking in with packs for a couple nights.  The trail in was quite the disaster from quad traffic and excess rain.  Even the Grizzly bears were slippin' and sliding on the trail mud and they noticed that in some spots the holes were so bad that alternate routes around them have been created by the 4 wheelers.  The guys cut the tracks of at least 3 different bears on the way down river so  paying attention to their surroundings was extremely important! They saw plenty of flattened ant hills in the meadows.  The afternoon rain chased them in but the next two days were pleasant. 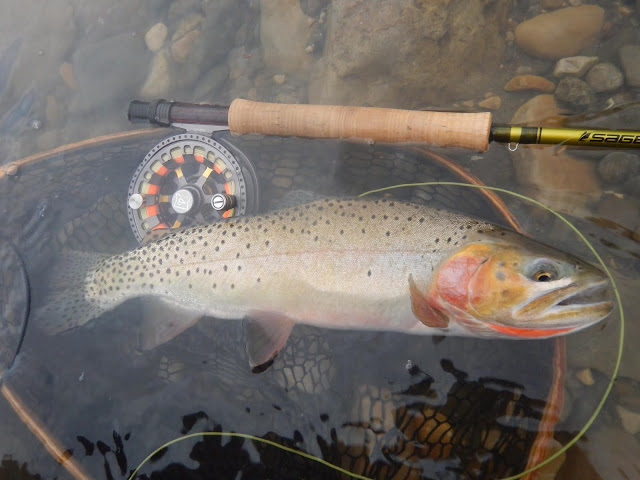 The Cuttys were healthy and beautiful.  They started looking up more in the early afternoon so Darren fished a nymph rig with a good sized weighted stonefly and dries when conditions were good for a clean drift.  Dean fished dries exclusively and caught plenty of fish, especially later in the day.  Often times the bigger/older fish were tucked in a deep spot behind a boulder or some wood where it was near impossible to get a decent drift with a dry.  These same wary fish were suckers for a stonefly nymph ripping by in the current and would chase down the big sub-surface meal.

Darren is pretty bear nervous so he slept with his bear spray on. The guys kept camp tidy, and put their food up a tree over a hundred metres away.  The second morning Darren climbed out of his little tent on the gravel bar at sunrise and was in the middle of a pee when he glanced up river and spotted a Grizzly.  Exciting!!!  80 yards was close enough to get my heart pumping and his zipper up!   The guys watched him feeding on the south bank in the warm morning sun and it took over an hour for the bear to disappear from view about 500 yards upstream.  This was the same direction they had to go to get to Darren's vehicle so the guys took their time with breakfast and packing up gear. 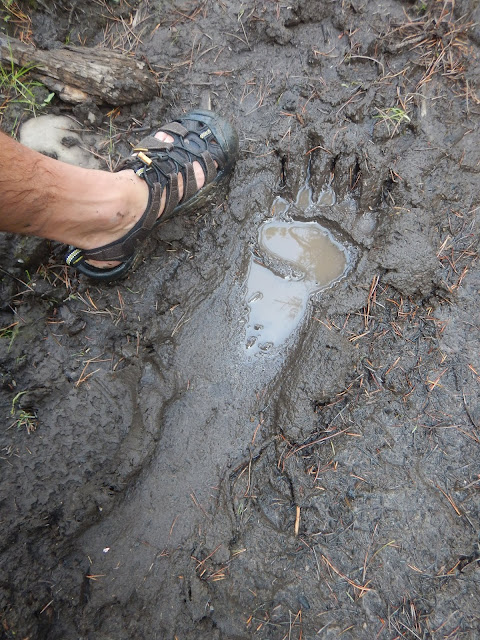 On the way out Darren and Dean stopped at one irresistible stretch of water and caught a few more beauties on dries.  A pretty little chocolate brown mink with a white chin spot came bounding down the opposite bank towards them and they were entertained  by it's swimming through the tail of the pool the guys were fishing. Nothing makes me happier than an encounter with a member of the weasel family! 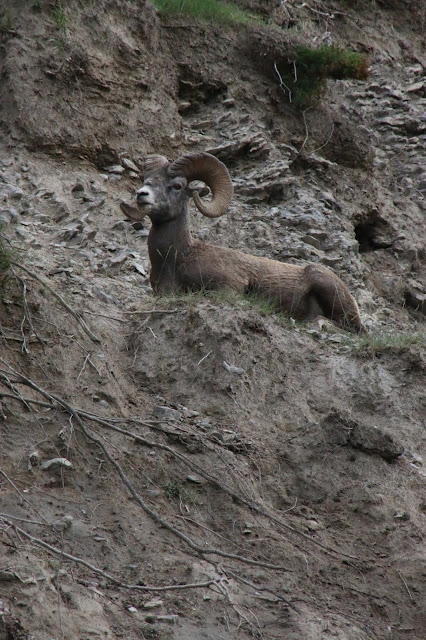 Darren was quite upset by the quad damage and behavior of ATV opperators and moto cross bikers. When did this become an acceptable method of transport in beautiful wilderness areas?  Darren has only been fishing this location for 25 years but it is way worse now than when he started hiking in there.  All the quaders and dirt bikers say that they stay on the trail (which is a mess and destroyed for hikers) but he found numerous wheel trampled grass meadows and fresh tracks all over gravel beds and beds of sensitive alpine flowers driven over recently.  We saw a large group of motor bikes and quads and water was spraying from their spinning tires as they peeled out before they got within camera range as they drove through a small tributary to the river!  It's disheartening to see the very people that claim to love this country turning it into a mudhole and an off highway free-way.  Not cool! 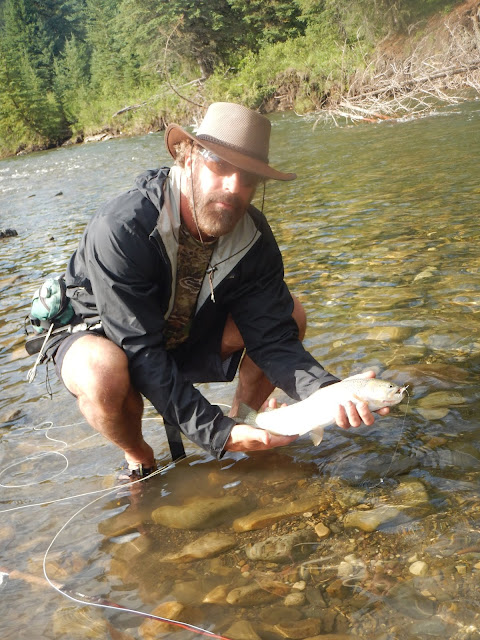 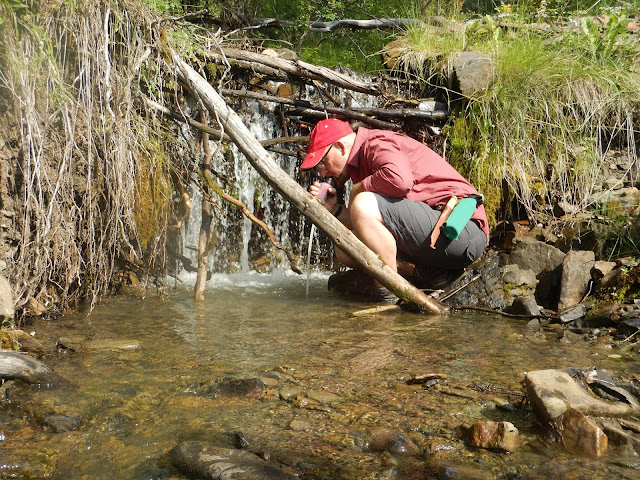 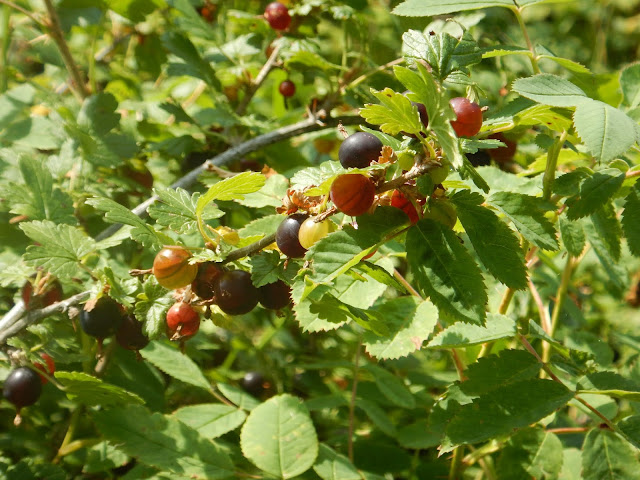 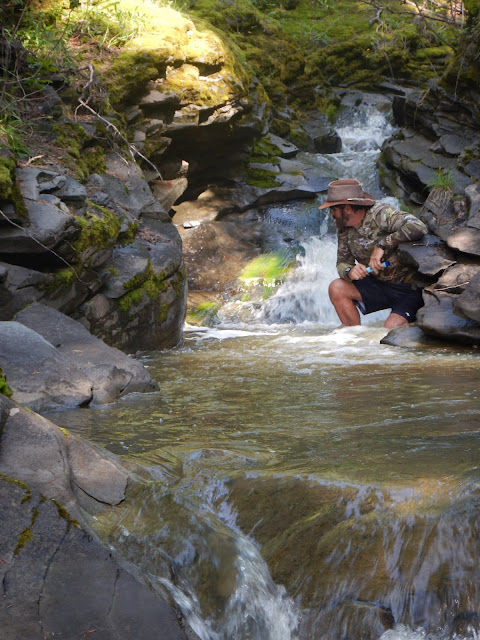 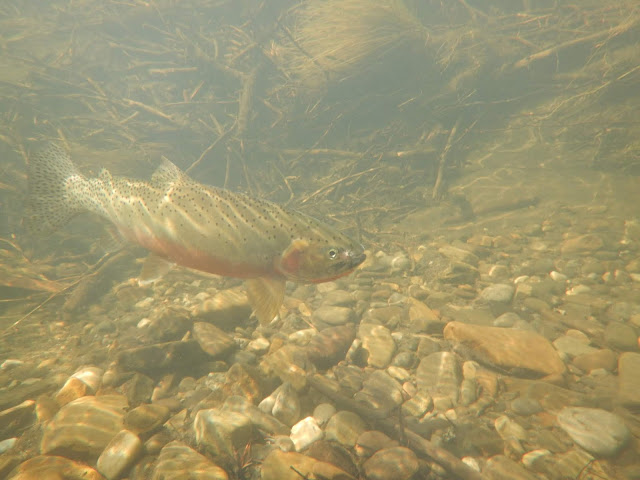 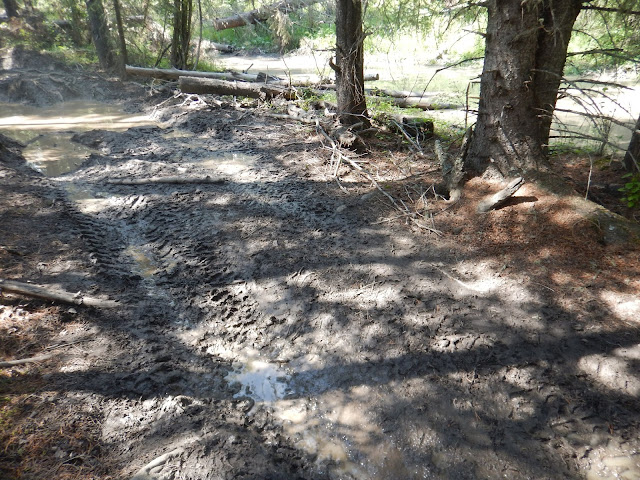 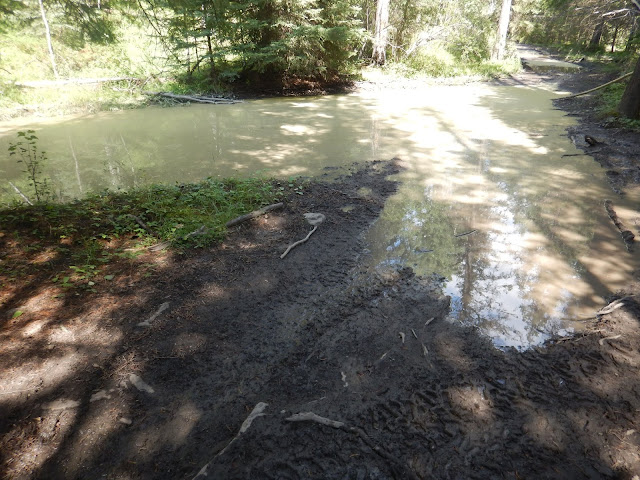 Posted by Bob Vanderwater at 1:37 PM