We were thunderstormed with heavy rain two evenings in a row while were out camping with our family! I was hoping water temperatures would drop back to a decent zone. Many of our rivers had water temperatures in the high 60sF. Some have thankfully dropped into the lower 60s F. Finally I could get back to what I love. I know the tail water section of the Red Deer River has cooler water but where I was fishing, the water flow was extremely low and day time heating soared to record levels. I did see feeding browns. I just sat on a bank and took pictures. I even learned the mannerisms of several browns. One brown in particular would  rise but only turn to its right. Once daylight turned to dusk I got my 4 weight ready to go. It was definitely a waiting game but it was well worth it! The hatch was caddis. I tied on a size 14 elk hair caddis with an olive body using a 4x, 12 foot leader.  I learned to walk slowly and do not cast until you see an active fish and you have properly set. I had already spooked a nice brown just getting set up. In the last two years, this particular river was blown out and I watched endless carpet hatches of brown drakes drift down river to no risers because there was zero visibility! I had my chance. By 11 pm, I had a shot at 4 browns. One was a bruiser. I did not catch him but I did land the other 3. I went looking for the bigger brown the next night. No dice.
It felt great to get back out there!
The best part of the last 5 days of camping was spending time with my family. By far that trumps fly fishing for me. 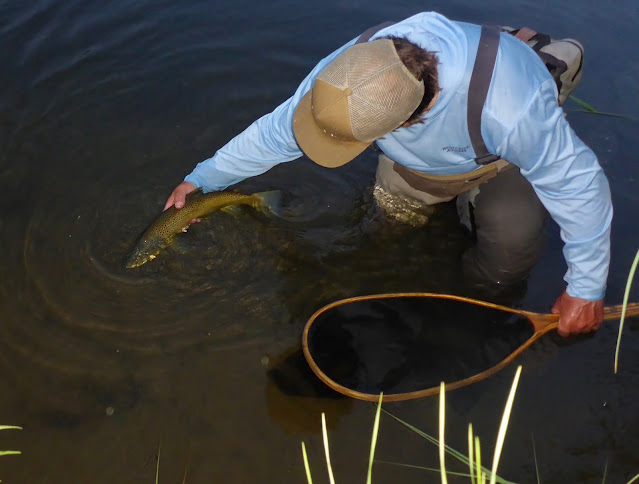 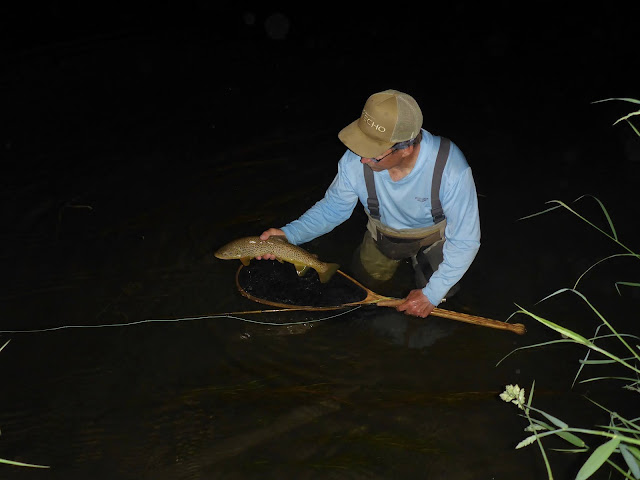 Posted by Bob Vanderwater at 6:47 PM