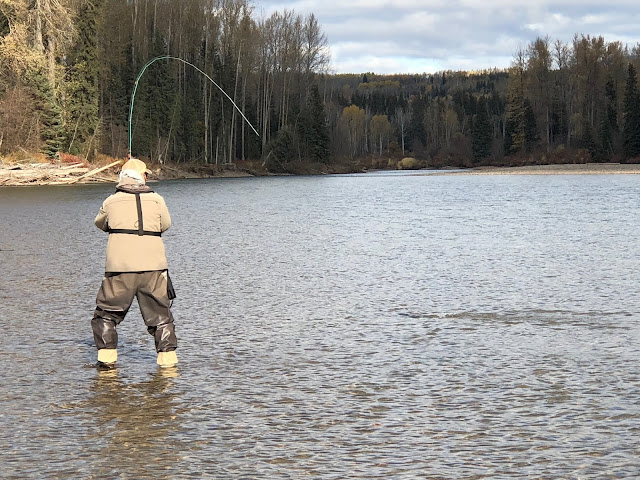 Thanks for the photos and trip report Doug Pullen!

The rumours of good runs of steelhead fish in the Skeena River drainage were somewhat true. August and September were reported to be outstanding but the lack of rain caused water levels in most of the tributaries of the Skeena to drop in the later part of September which meant that fishing became quite challenging in October. I focused most of my attention on the Bulkey and Morice rivers. Even though the water levels were down, I was able to find some good holding areas. Most days were overcast with some sunny breaks but we did get two solid days of badly needed rain; luckily no snow.
Steelhead are known to be a fish of a thousand casts which was confirmed again and again however there were moments when my heart skipped a few beats when my Hardy reel sang its familiar tune and seeing my backing shooting out into the abyss.

The landscape is beautiful at this time of year with trees dressed in their fall colours with snow covered mountain peaks making for breath taking vistas everywhere you looked. Fly fishing often takes you to some beautiful places: this area is special in many ways for me. I’m already looking forward for my return next year. 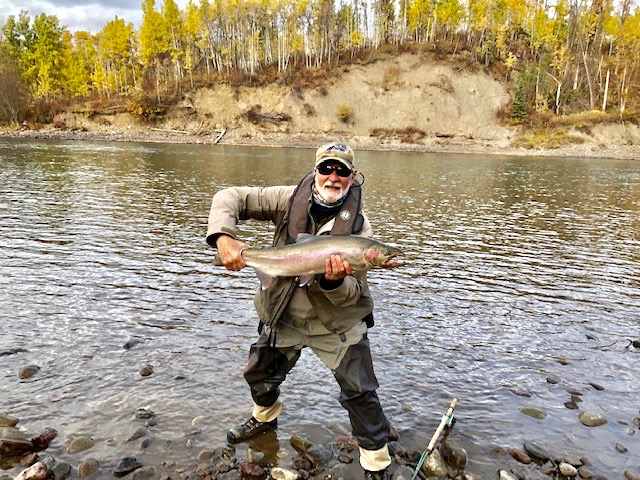 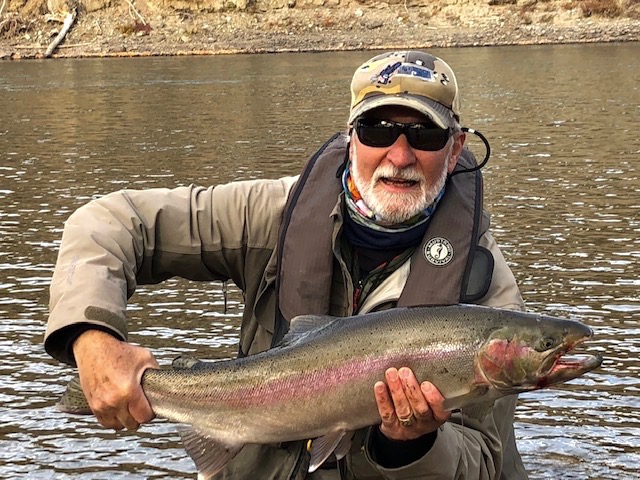 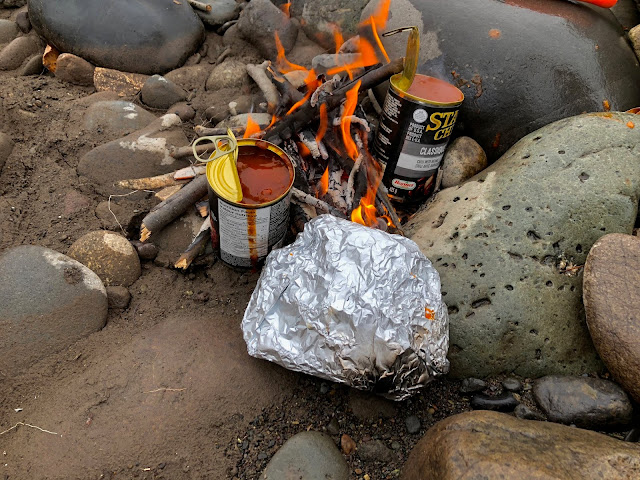 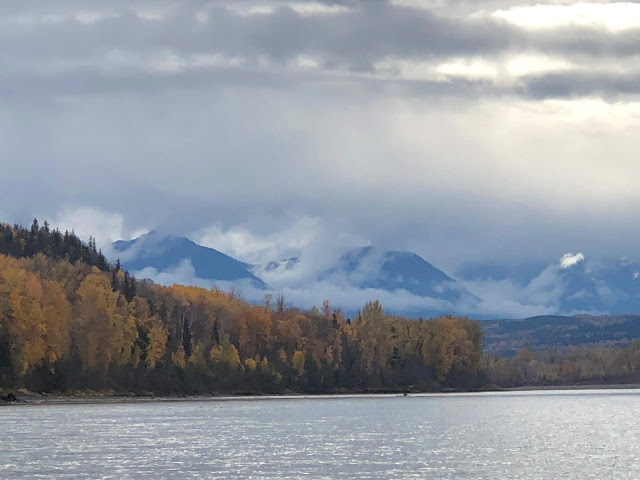 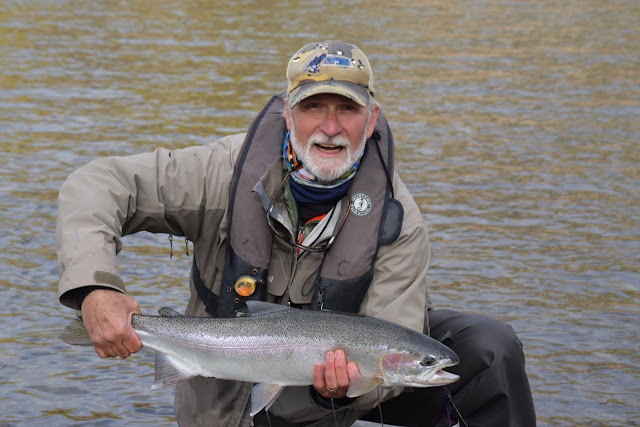 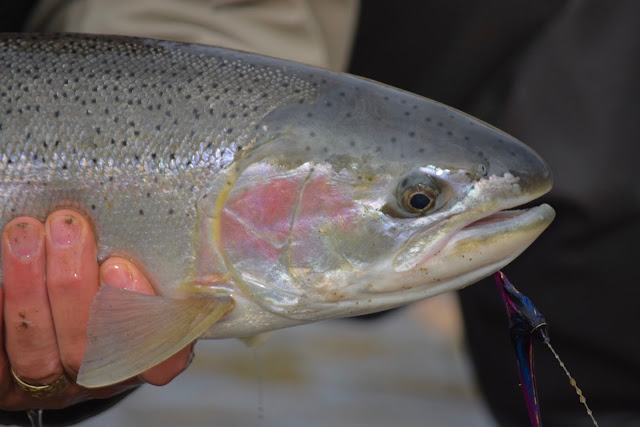 Posted by Bob Vanderwater at 12:08 PM